However, despite there being no shortage of consumer demand for the product, he said he was forced to pull the plug on the project after nine months because of two major barriers at the time. 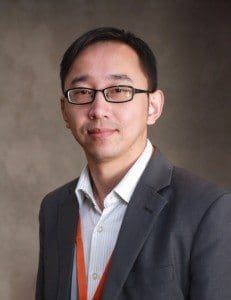 One was an unstable policy environment in China surrounding quarantine compliance for imported perishable food products. For some periods of the year, Mr Wan said, product could pass through customs without hindrance, while at other times, authorities would shut the door and allow no product through.

The second problem was a lack of cold chain infrastructure and refrigerated warehousing and logistics in China.

But, in a sign of how rapidly the business environment in China can change, Mr Wan said those problems have now all but disappeared just two years later, and he is again ctively seeking to include imported chilled Australian beef in the range of products offered on his e-commerce site.

“It is changing very fast, after less than two years, now we see a refrigerated warehouse in free trade zones near all the ports, and now we see big platforms like JD.com and AliBaba in China investing heavily into infrastructure cold chain delivery,” he said at the Ag in the Asian Century conference in Toowoomba on Wednesday.

“At the moment it only applies to first tier cities like Beijing and Shanghai, but soon it will be into second and third tier cities.

“And the Government is also changing policies so we are looking at (more) stable policy in the near future.”

Central to making the Chinese market more conducive to e-commerce opportunities had been the introduction of a new “cross border” trade model by China, which involved the creation of free trade zones with bonded refrigerated warehouses near ports around 12 months ago.

The new model encourages factories and brand owners to sell product directly to individual consumers in China by waiving a 17pc Value Added Tax on imports.

Mr Wan said the imported product would attract only a new postage duty of somewhere between 10-15pc, instead of the previous combined 17pc VAT and whichever additional duty the particular category being exported attracted in China.

Imported product can now be delivered directly into storage at one of seven free trade zones with bonded warehouses near major ports in China.

“So you can ship or air freight product directly into the free trade zones, store them there, receive orders online, and then your product will ship out from free trade zones directly to consumers,” Mr Wan said.

“This is much more efficient, much cheaper and more attractive to consumers because you are charged less tariff and duty.”

He said he is currently trying to sign a contract to begin importing chilled beef from the new Toowoomba airport at Wellcamp, but at this stage he is still unsure of the possible tonnages involved.

“If everything goes smooth here we are looking at easily hundreds of tonnes per week. Let’s see how it goes,” he told Beef Central.