Watching underground water on the web 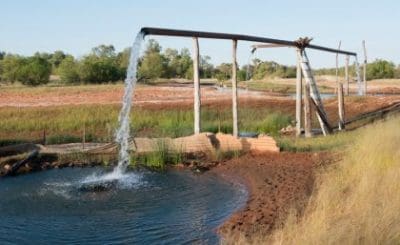 Associate Professor Sue Vink of The University of Queensland’s Centre for Water in the Minerals Industry said the tool provided diverse information on the chemistry, water level and geology of water bores.

“The atlas is unique in that it presents quality assured and controlled groundwater data in 3D,” Professor Vink said.

Professor Vink said the 3D Water Atlas resulted from a joint industry and university workshop in 2011.

“We recognised there was no easy-to-use, single source of groundwater information and hydrogeology,” she said.

“Data from water levels and water chemistry in individual bores will be updated at least every six months. It will be presented in 2D and 3D sub-surface visualisations.

“The atlas can be accessed via any common web browser at no cost.”

The project was developed by UQ’s Centre for Coal Seam Gas, Centre for Water in the Minerals Industry and the School of Information Technology and Electrical Engineering.

It was funded through the UQ Centre for Coal Seam Gas – a research collaboration between UQ, Arrow Energy, Santos, Asia Pacific LNG (APLNG) and The Queensland Gas Company (Shell). The Queensland Department of Natural Resources and Mines (DNRM, OGIA) advised and assisted.