RESEARCH findings that fish farmed or caught near the world’s great industrial growth areas run the risk of spreading toxic contamination up the food chain and poisoning consumers could have some important implications for beef demand. 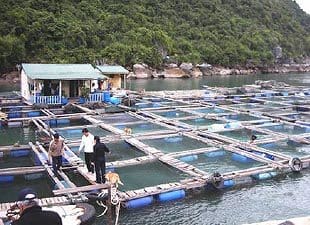 The warning over fish is from one of the world’s leading toxicologists, Professor Ming-Hung Wong of the Hong Kong Institute of Education, following a review of scientific investigations into food chain contamination and human disease in the Pearl River Delta region of southern China.

Prof Wong will report the results of his review at an international conference on contamination being held in Melbourne this week.

“Food safety is currently one of the major public health issues in the world – and ‘chemical food contaminants’ are among the three key global food safety concerns,” Prof Wong says.

“The Pearl River Delta region typifies the rapid industrialisation that is taking place in many regions around the world. Its waters are affected by mining in the catchment, but overuse of antibiotics and drugs by the populace, by industrial discharges containing heavy metals like arsenic, cadmium and mercury, toxic chemicals and hydrocarbons,” he said.

As a result, a wide range of toxins find their way into food production systems. Most of the fish consumed in the Delta are farmed fish, which are highly susceptible to toxic chemicals discharged nearby. Seaborne plastic residues commonly found inshore act as magnets that absorb toxic chemicals, and subsequently transfer to fish. Feeding farmed fish with contaminated trash (less desirable) fish and fishmeal (commonly derived from trash fish) also contributes to adverse human health effects.

“At the same time hazardous chemical chains are set in motion, as when mercury is released by coal combustion, reaches the sediment beneath fish farming rafts and is then transformed by sulphide bacteria into organic mercury, which is far more toxic both to people and to fish,” Prof Wong said.

Scientists were finding numerous disturbing health signs among consumers who eat a lot of fish. For example children in Hong Kong have high mercury concentrations in their hair, as a result of their diet.

Other Chinese scientists report a possible link between high levels of mercury and cadmium and autism in children from coastal populations, whose diets rely on fish and shellfish. Children living further inland, by contrast, had higher levels of arsenic and lead, due to the effects of industrial pollution on food crops and livestock.

Studies found that the Hong Kong general public has high blood mercury levels. Residents of fish farming villages had high mercury levels in their hair, reflecting their rates of seafood consumption. Women with uterine cancers had higher concentrations of persistent organic pollutants and heavy metals in their fatty tissues, also linked to a seafood diet.

Uncontrolled recycling of electronic wastes also emits a wide range of toxic chemicals leading to high body loadings of different toxic chemicals – such as flame retardants – among workers and residents of major e-waste recycling sites like Guiyu and Taizhou in China, due to their dietary intakes, he said.

However, he cautions, the export of contaminated foodstuffs, industrial products, polluted air and water from these heavily industrialised regions may also be posing greater risks for consumers and inhabitants of less polluted regions and countries as world trade expands.

Any consumer preference away from seafood – a dominant source of animal protein in many parts of Asia – could add to demand for protein alternatives like beef.

Prof Wong issued an urgent call to establish a list of toxic chemicals, their sources, fates and environmental and health impacts for the Asian Region as a first step in attempting to prevent the widespread poisoning of consumers through seafood.

“In addition, the practice of ‘green aquaculture’ (explained in his talk) is necessary to ensure quality and safe seafood products,” he said.