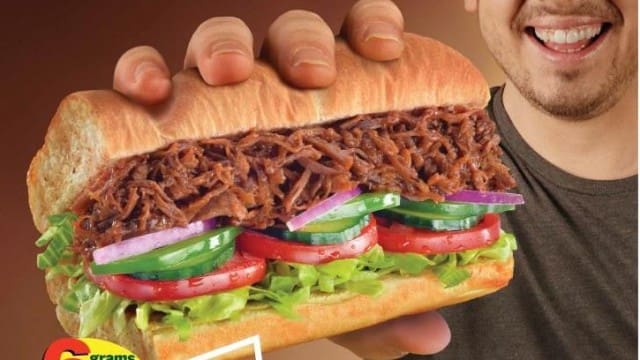 The Subway fast food chain has announced that it will phase out the use of meat from animals treated with antibiotics from its 27,000 US stores over the next decade.

The move is further evidence of the top of mind issue that antibiotic use in livestock production in the US has become, as fears over the development of drug-resistant bacteria grow.

“Today’s consumer is ever more mindful of what they are eating, and we’ve been making changes to address what they are looking for,” Subway executive Dennis Clabby said in a statement issued on Tuesday (printed in full below).

Related: Why Australia’s cattle sector has a good story to tell on antibiotic use

Reporting the development, business news specialist Entrepreneur reported that Subway is looking for a boost, after sales fell by 3.3pc last year, the biggest decline among the major fast-food chains.

The company expects its chicken will be completely antibiotic free by the end of 2016. Antibiotic-free turkey will be introduced next year, with a full transition taking place within three years. Finally, the company will eliminate antibiotics from its pork and beef supply by 2025.

Vani Hari, an outspoken food blogger who helped convince Chick-fil-A and others to rethink their ingredients, said consumer activist groups had gathered more than 250,000 signatures petitioning the chain for change. She counts the latest announcement as a victory for her cause.

“I thank Subway on the behalf of many to address this very critical public health issue,” she says. “Subway’s commitment is a major wake up call to other restaurant chains not responsibly sourcing meat and will send shock waves through the entire meat industry.”

The brand recently communicated a commitment to transition to only serving chicken raised without antibiotics important to human medicine.

Today, the brand confirmed that it is beginning to transition to serving only protein from animals that have never received antibiotics across all of its 27,000+ U.S. restaurants in early 2016.

This is the latest step in SUBWAY’s journey to make its menu even better by offering only the high-quality, affordable menu items that today’s customers are seeking.

In June 2015, the brand announced that it would remove all artificial colors, flavors and preservatives from its sandwiches, salads, soups and cookies in North America by the end of 2017.

Beginning in March 2016, SUBWAY® customers across the U.S. will able to order meals made with chicken raised without antibiotics.

“Today’s consumer is ever more mindful of what they are eating, and we’ve been making changes to address what they are looking for,” said Dennis Clabby, executive vice president of SUBWAY’s Independent Purchasing Cooperative (IPC).

“A change like this will take some time, particularly since the supply of beef raised without antibiotics in the U.S. is extremely limited and cattle take significantly longer to raise. But, we are working diligently with our suppliers to make it happen.”

“Given the size and scope of the Subway brand, this commitment is the largest of its kind in the restaurant industry,” added Clabby.

“We hope that this commitment will encourage other companies in our industry to follow our lead, and that, together, this will drive suppliers to move faster to make these important changes for consumers.”

About SUBWAY® restaurants Customers in 111 countries have easy access to a fresh line-up of vegetables for their made-to-order sandwiches and salads at any of the more than 44,000 franchised locations.

The company, founded 50-years-ago is still a family-owned business with thousands of dedicated franchisees/entrepreneurs in neighborhoods around the world, providing easy access to vegetables, detailed nutrition, dietary, and healthy lifestyle information.

IPC works with SUBWAY’s Franchise World Headquarters LLC (FWH) to negotiate the lowest costs for purchased goods and services, while improving quality, enhancing competitiveness and ensuring the best value to franchisees and their customers. Founded in 1996, IPC’s mission is to help SUBWAY® franchisees be more profitable and competitive – today and for the future.