WORK is underway on a study assessing the impacts of proposed military training area expansions on the beef supply chain, agribusinesses and local communities in Central and North Queensland. 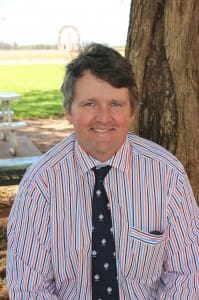 AgForce Queensland general president Grant Maudsley said FTI Consulting had been engaged to conduct the independent study for the Queensland Government, with preliminary findings to be reported back within the next fortnight and a more detailed report to be completed by next month.

Preliminary estimates have suggested the enforced land resumptions could remove 60,000 head of cattle from the region’s beef supply chain.

“The Department of Defence’s expansion plans have caused enormous emotional stress and heartache for affected landholders, with dozens of farming families facing the prospect of being forced off land that has been in their family for generations,” Mr Maudsley said.

“This study will help determine exactly what impact the proposed military training area expansions will have on the current and future supply of cattle across Queensland, on farming families, on employment, on transport and related industries, and on local communities.”

Mr Maudsley echoed the National Farmers Federation’s comments that the angst and concern of all landholders affected by the Defence debacle were of equal weight.

“But none of these senior figures have met with affected landholders in Charters Towers,” Mr Maudsley said. “We are pleased to see politicians engaging in this important issue but we would urge them all not to put politics ahead of people’s livelihoods.”

One of the affected landholders in Charters Towers, Leola Matthews, said there were 23 farming families in North Queensland who “respectfully and warmly invited” the deputy prime minister to “have a yarn” with them as well.

“If the hat Barnaby Joyce wears so proudly truly holds any significance to him, I would hope he has the integrity, as minister for agriculture, to stand up for all landholders caught in the middle of this political chaos,” she said.

“I strongly believe the agricultural impacts of this proposed expansion should be his priority. Please don’t overlook us minister Joyce, please make sure all the affected landholders are considered in the Government’s deliberations on this issue.”

Mr Maudsley said AgForce would continue to do everything possible to assist affected landholders during this difficult and uncertain time, and to hold politicians to account.

Australians wanting to demonstrate their support for affected landholders and communities are encouraged to log on to www.farmers.org.au/defendourfarms and send an email to the Defence Minister urging her to take compulsory acquisition of farmers’ land off the table.