Next month’s release of the Australian Agricultural Co’s half-year results will also see the launch of the company’s first end-to-end sustainability strategy.

“And it’s going to create a good deal of interest in agriculture, especially in the red meat industry,” said CEO and managing director Hugh Killen, who offered a sneak-peek of the strategy to a Brisbane gathering of Agribusiness Australia members last week. 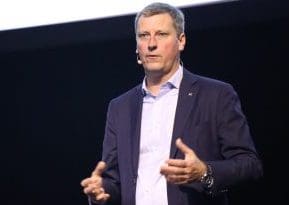 Mr Killen tied the strategy to AA Co’s planned investment in the Gulf – a region that he said was still recovering from the 2018 floods.

He recalled: “We woke up one morning and we’d lost 40,000 head of cattle, which was very sobering and I don’t think we’re ever really going to recover from it as a business. It’s probably one of the lowest points in my life, to be honest.

“But we’ve cleaned it all up. The properties have been repaired. We put all the fencing back in, the water’s back in and the people are starting to prepare themselves – but our cattle numbers in the region are still severely impacted; it’ll still take a number of years to get through it.

“And the country hasn’t yet repaired itself. The country (immersed on the flood) in many places is still really badly damaged. Hopefully we can get a wet this season and it can start to repair. So these are very long-term impacts.

“We had some learnings through it,” Mr Killen said, admitting that prior to the floods, AA Co had too many cattle “where it shouldn’t have”, on the river frontage country.

He offered an example of reimagining agriculture in the Gulf with AA Co’s plans to diversify crops.  An earlier trial of 1000ha of sorghum will be expanded in an upcoming chickpea trail, ready to go as soon as it rains, he said. ““So that’s great, it’s really easy, it’s going to make us money, it’s going to be sustainably viable and it makes sense. I think ultimately it will have the ability to future drought-proof the Gulf area.”

Discussing the pillar of valuing nature, Mr Killen flagged ‘digging up a big swathe of land” in the Gulf that could result in a very large water asset.

“I think people will have an issue around that,” he said, but explained that integral to such a development would be the pillar of valuing nature.

Examining the pillar of thriving communities Mr Killen said: “As we get bigger in those areas like the Gulf – and I think corporatisation and scaling-up of agriculture is happening around Australia – we’re going to spend some money up there in places like Julia Creek and Cloncurry – we will direct some of that back into the community.

Cattle or carbon? Hugh Killen foresees a future for AA Co incorporating both – but warned last week’s Agribusiness Australia gathering of “potholes in the path of good intentions.”

“I think we can do both,” the AA Co chief executive and managing director told the event.

The company has a project registered with the Clean Energy Council based on getting cattle away quicker, he said. However, investment in some technologies is a barrier to some carbon farming initiatives, he warned.

For example, soil testing across AA Co’s properties would be a “hugely intensive process and could cost $45 million.  No one’s going to do it, at that impost,” he said.

Instead, the company is developing satellite-based vegetation scans; technology that would take two years to prove. “Once we’ve done that in the north, we can do a combination of soil testing and fly-over and I think that will be a game-changer. And then I think the cattle have a role to play that is regenerative.”

I think a lot of people are coming into it really early and finding out it’s a very long-range game,” he said. But if we take a step away from that, science has moved faster, our ability to think about planting trees for carbon credits – that’s just one angle.  Our cattle play a very important role in this environment. We need to think about how we get stocking rates right, leaving feed behind, improving soil carbon and locking up less-viable land.”

Mr Killen said carbon farming held the promise of delivering a lucrative income stream. “If we can all think about that as an industry, it’s going to be a really big thing for us as a potential exporter into places like Europe, which cannot de-carbonise by themselves,” he said.

However, he criticised the early model of carbon monetisation undertaken between Wilmot Cattle Co and Microsoft.  That deal, reported to be worth $500,000, added nothing to Australia’s environmental balance sheet, he said.

“The carbon measuring’s done really well and it’s best practice, but they’ve actually done nothing in terms of Australia’s carbon balance sheet. A big zero. Absolutely nothing. They’ve found an offshore measurement and they’ve sold carbon reduction to an offshore party called Microsoft who are going to claim that abatement. It’s done nothing for Australia.”

“It becomes a difficult question of whether you’re going to reduce carbon on your own farm, or reduce the carbon footprint in Sloane St, London.”

Abate or sell? The AA Co boss foresees both.

“What I think will happen fairly quickly is we’ll price carbon effectively in Australia. I think you’ll find you’ll be incentivised to reduce carbon in your own situation before you sell it offshore, ultimately if we’re going to make net-zero as a country.”