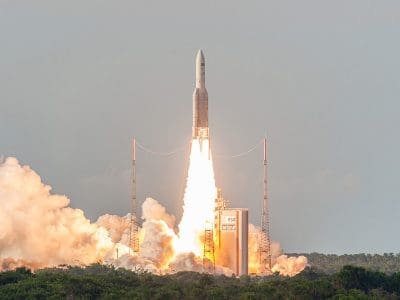 A significant step towards easing the data drought across regional Australia has been welcomed by rural groups today, after nbn committed to doubling data limits for 240,000 rural users from October 2017.

From that date nbn will double the maximum monthly wholesale data limits to 300GB (150GB Peak/150GB Off Peak) on its Sky Muster satellite service.

It will still be up to retail services providers to pass the increase on to consumers and businesses, but nbn says it expects that to happen.

Average peak downloads plans will also be increased by up to 50 per cent on the Sky Muster platform.

Nbn says the move will mean better value broadband for more than 240,000 homes and businesses in regional and rural Australia.

“The majority of consumers and businesses on the service are expected to receive larger peak and off-peak plans from their retailer at a similar cost to what they are paying today.”

The coalition of various rural organisations established to lobby for better bush communications has welcomed the nbn’s move.

“To date, bush consumers have felt frustrated by the limited data allowances and the strict fair-usage policy of Sky Muster.

“Many tasks, such as video conferencing and accessing large files including medical records and information, have been challenging under the existing allowances.

“Hopefully, with these changes we will see the potential of the Sky Muster network become a reality.”

She said the coalition would be watching closely to ensure the new data limits are not accompanied by increased charges.

“It is our understanding that the increase in data is unlikely to see an increase in the wholesale pricing of Sky Muster satellite services,” Mr Simson said.

“In light of this, we will be paying close attention to retail plans after 1 October and call on retail service providers to not increase their charges when the new allowances come into effect.”

AgForce telecommunications committee chair Georgie Somerset said Queensland was the most decentralised state in Australia, and the need for fairer, more reliable and more affordable phone and internet services was the number one issue for people living and working in the bush.

“Today’s announcement by nbn is welcome recognition that rural Australians need realistic data limits to be able to run their businesses, ensure their children are educated and to stay connected socially with family and friends,” she said.

“While Sky Muster is now delivering excellent speed and increased reliability, the data allowances have been a serious limitation with many of our members restricted from even considering cloud based business services.

“We are pleased that nbn and the Minister for Regional Communications Fiona Nash have listened to groups like AgForce and other members of the Regional, Rural and Remote Communications Coalition and taken this positive step towards fixing the data drought in the bush.”

Isolated Childrens Parents’ Association federal president Wendy Hick said the association was extremely excited by the news, describing it as a real win for ICPA members.

“The government and nbn are listening to customer and consumer group concerns which we have been advocating for and we look forward to the rollout of this extra data.”

This is a huge step forward for rural and remote families who have struggled with data allocations to run their businesses and access education.

“Late last year we made the decision to re-purpose our second satellite, previously slated as a dormant backup service to actively share the load in delivering more data to customers on the Sky Muster™ service. After spending the last year reviewing and testing the capabilities of the service, we are now comfortable that we have the capacity to offer increased data packages to retailers.

“We have listened to feedback from rural industry groups and the community and are confident that this announcement is a step in the right direction to improve their internet experience. We will continue to optimise the pricing model and data plans of the Sky Muster™ service with further offerings on business and education services expected to be available in the next 12-18 months.”

The new nbn Sky Muster plans are expected to be available through retailers in October 2017.