Should the food safety regulator police cultural and sustainability concerns as well? A PROPOSAL to extend the powers of the Government food safety regulator to cover “sustainability and cultural issues” has come under scrutiny at Senate Estimates hearings this week.

Food Standards Australia and New Zealand (FSANZ) is the Government body responsible for regulating food safety in both countries, with a stated vision to “ensure consumers have a high level of confidence in the safety of food”.

A Departmental review has proposed expanding the body’s role to include sustainability and cultural issues in regulating food production, while also granting it greater enforcement powers.

The developments have raised concerns about over-reach and calls for the food safety regulator to remain focused on the specific role of assuring food safety.

During Senate Estimates this week Queensland Liberal Senator James McGrath put several questions to Department of Health executives relating to the review of the FSANZ Act. 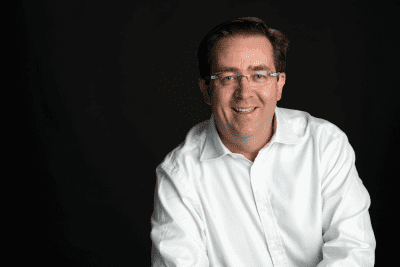 In particular he wanted to know why the draft Regulatory Impact Statement developed through the review made more than 40 references to sustainability, when the review’s Terms of Reference contained no mention of sustainability.

“How is the review focused so heavily on an issue that was not raised in its Terms of Reference?” Senator McGrath asked.

In response, Federal Department of Health deputy secretary Tania Rishniw said the review addressed ”a range of things that came up from various jurisdictions in the context of a review of the legislation.”

Further detail on which jurisdictions or groups were among those pushing to expand FSANZ’s role to include sustainability and cultural issues was not provided.

Senator McGrath also asked why it was deemed that issues relating to environmental sustainability of agricultural practices and food production were considered relevant for an agency “whose task is ensuring that food is safe to consume for Australians and New Zealanders?”

“This does not reflect what FSANZ’s role is now, it is testing what FSANZ should or shouldn’t do. It was a public consultation process, it has not been considered by Ministers or Governments yet.”

Senator McGrath pressed further: “Surely it is not the role of the food regulator to police cultural and sustainability concerns?”

“So it currently isn’t in FSANZ’s role, it is not currently the food regulator’s role, but as I explained there are a number of jurisdictions that have very strong views on this issue, not the least of which is New Zealand,” Ms Rishniw said. “But as I said it is draft RIS for consultation.”

She said the proposal to expand FSANZ’s role to include sustainability and cultural issues was one proposal contained in the RIS, and another was for the status quo to remain.

The review and its proposals are set to be considered and discussed at an upcoming Health Ministers forum, she said.

Responses to Senator McGrath’s questions also revealed that the Australian Government has spent $387,167 on the review of the FSANZ Act to date.

This includes a contract of up to $500,000 with consultants, the Nous Group, to undertake consultation and development of the draft RIS.

Senator McGrath also noted that former FSANZ CEO, professor Mark Booth, resigned in August and is now a principal consultant with the Nous Group, the consultancy group which is conducting the review of the FSANZ Act.

“What probity arrangements does the Department have in place to manage the conflict of interest between the contractor reviewing the FSANZ Act employing the past CEO of FSANZ?,” Senator McGrath asked.

“There are the usual standards of conflict of interest that need to be declared as part of that process,” Ms Rishniw said. “But Mr Booth has only joined Nous since August and we are very clear with Nous he is not to work on the contract and this is very much a conflict of interest issue that has been known and declared”.