Daylight saving: Shining light on a “dark topic” for the bush 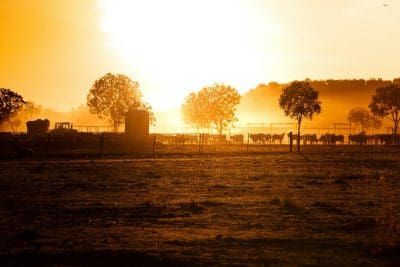 LIKE clockwork, daylight saving time has again been making headlines, highlighting an issue that perhaps inflames the city-country divide more than any other.

On the first Sunday of this month clocks were wound an hour forward in New South Wales, Victoria, South Australia, Tasmania, and the Australian Capital Territory, while Queensland, the Northern Territory and Western Australia remained on their normal time.

The annual time-jump has sparked debate in the Sunshine State again this year, where attempts to find a solution that satisfies the different needs of urban populations and rural residents remain elusive.

Turning the spotlight back on the issue, Brisbane’s Lord Mayor Adrian Schrinner has called for another referendum on Daylight Saving Time – saying the result will be different from the 54 per cent “no” vote in 1992.

“We know that if there was another referendum held, the ‘yes’ vote would most likely get up,” Cr Schrinner told a press pack at one of the city’s new microbreweries earlier this month.

The calls were slapped down by an angry chorus of regional politicians, producers and lobby groups wanting to keep daylight savings out of Qld – leaving the State Government and opposition to stay well away from the touchy subject.

A ‘dark topic’ for the bush 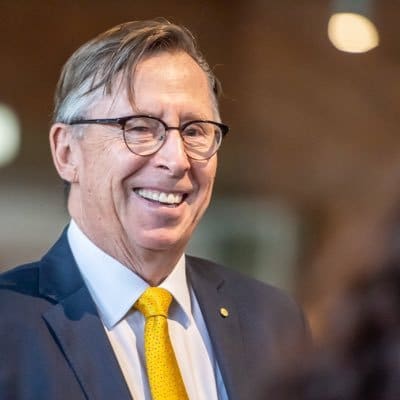 While body-clocks begin to adjust to the annual winding back of the clock and the issue starts to disappear from the news cycle, University of Southern Queensland professor John Cole said holding the debate in the first place was a dark topic for the bush.

“Those who worry about being woken by morning light in the summer can draw their curtains,” Professor Cole said.

“A country kid waiting on a roadside for a school bus in the dark is surely much more negatively impacted.”

The harsh summers in the west and north of Qld are also a hot topic in the argument against daylight savings. Cloncurry in the state’s north-west holds the record for the most consecutive days over 40 degrees, with more than 33 days.

This type of heat can make for some long afternoons in the paddock – particularly in some the hottest parts of the state where the sun sets after 8pm without winding the clock forward.

Professor Cole said with the heavily-populated and mild-weathered south-east of the state leading calls for a vote on daylight savings, the growing cultural divide between the city and country was clear.

“It’s showing a lack of interest in the greater good and it certainly shows an ignorance on the part of the city people about life in the regional areas,” he said.

“It’s important these issues are aired and picked up in the city because so much of our economy comes from the country.”

What is the solution?

Coming up with the right solution is also an issue, with several producers in NSW telling Beef Central it was not popular among the agricultural community south of the border. Recent attempts have been made to peel daylight savings back from six months to four months in NSW.

Professor Cole said Cr Schrinner was most likely right when he said a referendum will swing in favour of daylight savings in Queensland. But he said it was hard to find an argument for a state-wide move towards winding back the clock.

“People talk about two time zones but if you do that you create two categories of people,” he said.

“I was on talkback radio in Cairns recently and they were against daylight savings, which is interesting because they’re a tourist place.

“But if you’re a tourist, it does not matter if you’re an hour behind, if you fly to Europe you’re nine hours behind.”