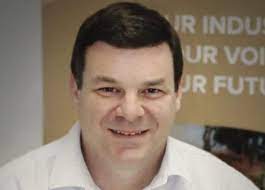 “Stephen’s appointment concludes an exhaustive search where, with the help of external consultants, more than 100 candidates were assessed. Stephen was the very best of the many excellent candidates who were considered,” AusMeat chairman Allan Bloxsom said in a statement.

Prior to his current term with sheep meat industry representative body SPA, Mr Crisp had various senior roles in agribusiness and the food supply chain.

“We have known Stephen for some time through his participation as SPA’s representative on the Australian Meat Industry Language and Standards Committee where he has been a prominent advocate for change,” Mr Bloxsom said.

“He brings both new energy and a new perspective to AusMeat. He has impressed us with his alignment with our strategic vision and his grasp of the detailed fundamentals in our industry. He understands how important AusMeat’s integrity is to the food industry and its stakeholders.”

Current COVID restrictions have slowed his relocation to AusMeat’s Brisbane head office from his farm near Canberra.

Earlier this year current AusMeat CEO Ian King announced that he planned to retire from the company during 2021.

Mr King has led AusMeat’s operations almost since the body’s inception, having left the New Zealand meat processing industry to become its second chief executive officer back in 1992.

AusMeat chair Allan Bloxsom said Mr King’s retirement would mark the end of an era – not only for AusMeat, but for Australian food industries in general, particularly the red meat industry.

“Since he joined AusMeat almost 30 years ago, Mr King’s leadership, clear thinking and dedication has been admired by all those he has worked with in Australia and around the world. We are very thankful for what he has done,” Mr Bloxsom said.

“His ability to maintain the right relationships with industry and government, and his vigilant protection of AusMeat’s mission has resulted in worldwide admiration for the organisation and the AusMeat Language, and an era of unmatched trust in the integrity of the processes that deliver food from the farm to the consumer,” he said.

AusMeat Ltd is an industry-owned company set up in 1998 as part of a major restructure of Australia’s red meat industry bodies. The business is a joint venture limited by guarantee between the Australian Meat Processor Corporation and Meat & Livestock Australia under a Memorandum of Understanding with the Australian Department of Agriculture and Water Resources.

The principal objectives of the business are:

There is a wide range of new middle and upper management and operations jobs listed this week on Beef Central’s ever-popular recruitment page, Jobs Central. Click here to access.