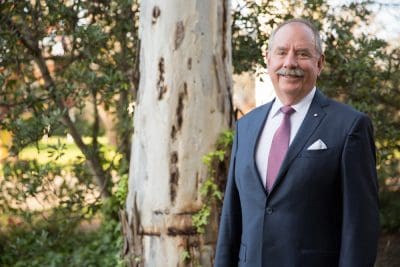 The Red Meat Advisory Council has released its formal response to 15 recommendations made by the Australian Competition and Consumer Commission in its final beef and cattle market study report in March.

At the same time the council has also described as “disappointing and offensive” recent media comments by Nationals Senator Bridget McKenzie claiming beef industry leaders “continue to stick their heads in the sand” (more below).

It was a big ask given that RMAC does not have direct authority for setting industry policy (that responsibility rests with each peak industry council), making it difficult for the advisory council to enact much of the change the ACCC had called for, as we discussed in this article at the time.

For example it has not agreed with the ACCCs calls for processors to make their price grids publicly available in a timely manner, arguing that grids are already widely available; and has not backed the call for a mandatory buyers register to be publicly available prior to the commencement of all physical livestock auctions, saying the ACCC has not made it clear what the benefits of such a move would be to the supply chain.

RMAC did support the ACCC’s call for national licensing of livestock agents, auctioneers and buyers, but noted that previous attempts to get State Governments to agree on such a move had not been successful.

RMAC also says the ACCC’s call for it to develop a uniform and independent complaints and dispute resolution process are outside RMAC’s scope, and said that it believes its role should not be one of “monitoring and compliance” as the ACCC recommended, but rather one of “information and awareness”.

In a summary paper released yesterday, RMAC said it understood the ACCC’s study was “formed on the basis of voluntary provision of information; and that in informing the Study insufficient evidence was received about the distribution of profits throughout the supply chain; and specific evidence based pinpoints in anti-competitive practices.”

“We respect the role of the ACCC in their role as Australia’s competition and fair-trading watchdog, and their new endeavors as part of the newly formed agricultural unit. We want to address the concerns and recommendations raised by the ACCCs Cattle & Beef Market Study – Final Report in an open and transparent manner.

RMAC said it had made the following commitments to bring improvement in the supply chain:

In a statement released on Tuesday RMAC  independent chair Don Mackay also described recent media comments by Nationals Senator Bridget McKenzie, who claimed beef industry leaders continue to stick their heads in the sand and were not acting on the ACCC’s recommendations , as “disappointing and offensive to thousands of Australian exporters, farmers, feedlotters and food manufacturers across the country”.

“RMAC, our members and the business community we represent would be the first to support prosecutions of anti-competitive behavior,” Mr Mackay said.

“We expect leadership from decision makers like the Senator and ask her to come forward with evidence to back her allegations via the media.

“Senator McKenzie’s comments are offensive to our industry but also misguided and entirely inappropriate.”

“We take our responsibility as food producers in this country extremely seriously from gate to plate when it comes to matters of anti-competitive practices like conflicts of interests, collusion, bad behavior, or bullying and intimidation.

“As with other aspects in the supply chain from animal welfare to food safety, if there are players doing the wrong thing we believe they should be held accountable.”

“The 15 Recommendations do not justify how they will improve competition policy within the beef cattle value chain.

“In the absence of evidence from the ACCC we will continue to defend and promote the businesses within our supply chain who are doing the right thing.

“We will continue to engage with the ACCC Agricultural Unit to determine the best way forward to ensure the optimal competition policy settings for beef businesses.”

RMAC also called on authorities including the ACCC, the Department of Agriculture and Water Resources and the Agriculture Minister’s Forum (AGMIN) to reject the Senator’s comments, and asked also to come to the table to provide much needed industry reform.

“We call on decision makers from the ACCC to the Minister for Agriculture to assist industry in getting this right, and to join us in defending and promoting this critical Australian industry.”