The Board of the Red Meat Advisory Council (RMAC) has announced it has commissioned a formal search for a new Independent Chair for an initial two-year term. 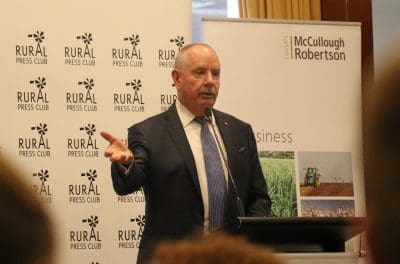 Incumbent Independent Chair, Mr Don Mackay, declared his intent to step down from the role at an address to the Queensland Rural Press Club in February 2020.

RMAC has formed a Selection Committee Co-Chaired by Chris Mirams and Bryce Camm.

On behalf of the Selection Committee, Chris Mirams, said: “Mr Mackay has done an extraordinary job as Independent Chair since 2016 and the Board expresses its enormous appreciation of the contribution he has made to RMAC.”

“The Board is committed to appointing an Independent Chair of equal calibre with the relevant blend of leadership, industry expertise and governance skills to take the Australian red meat and livestock industry forward in the post-pandemic world.”

Further details, including a Candidate Profile, can be accessed here.

An open selection process is being run with calls for EOIs provided through both the Australian Institute of Company Directors and Women on Boards.

Mr Mackay will conclude his tenure with RMAC in September 2020.