The specialised AgRebuild loan will join a suite of farm investment and drought finance products already in place through RIC, and other specialised agri start-up loan products to be developed over the next 12 months.

The new flood recovery loan product will be shared with producers for the first time at the Cloncurry Show and Richmond Field days on 14 and 15 June.

For farmers, the RIC’s main objective is to provide low-interest rate loans to eligible farm businesses, for purposes such as drought/flood recovery and preparedness. It also administers a separate $2 billion fund accessible by state and territory governments to help fund water infrastructure projects. 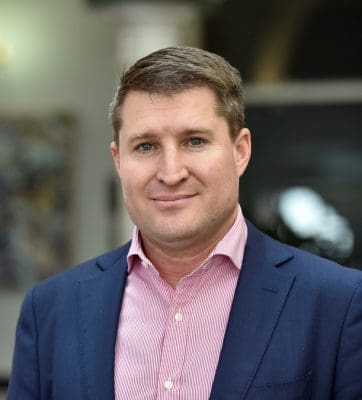 Chief executive officer Bruce King* said RIC was not about competing wholescale with traditional rural lenders, and was not looking to take-on their top rural clients.

“What RIC is trying to do is limit the risk for some clients that have had some tough times and try to get them back on their feet, after setbacks like drought and floods,” Mr King said.

The AgRebuild loan product offers a maximum loan size of $5 million over ten years, with the first two years interest-free, followed by three years interest-only. The final five years are principal and interest repayments, and after the ten-year term is completed, the borrower can refinance any remaining balance with a commercial lender.

“It’s about providing a pressure valve after natural disaster events like this – allowing producers to go out and restock, and give themselves a couple of years grace,” Mr King said.

He stressed the product was a loan – not a grant – and was not ‘free money’.

“Producers in these regional communities are proud people who don’t necessary want grants, they want to stand on their own two feet,” Mr King said.

The loans could be used for infrastructure, stock purchase or re-financing, and working with QRIDA and other state and federal departments, could be used as co-contributions to the QRIDA disaster recovery grants of up to $400,000 that are available.

The AgRebuild loan product being launched this week will also become a template for other natural disaster recovery finance projects to be offered through RIC.

“Some people might ask why RIC is engaged in this work, rather than one of the state-based agencies,” Mr King said.

“What we have tried to do here is set up a framework so that where there are circumstances – natural disasters relating to agriculture, whether they happen in North Queensland or in Victoria – where we are able to assist, and apply a really consistent framework across the board.”

“But alongside that, we really want producers to keep a relationship with their existing lenders,” Mr King said.

“RIC is not out to provide all the existing banking services. This new loan is an opportunity to producers to give themselves a little head-room during difficult times, but we would want – and hope – that customers maintain excellent relationships with their existing bankers, and see this as a way to help support and improve their viability in the short-term.”

The application process for the AgRebuild loan opens today, and will remain open to 30 June next year.

RIC has appointed Craig Turner, well known in farm finance circles and former QRIDA employee, as RIC’s Queensland/NT/northern WA manager based in Brisbane. Mr Turner will help in the early stages as the new loan products are launched, in building awareness and providing guidance to prospective customers in what’s involved in an application.

Over time RIC will build a suite of loan products for other applications. Under its existing farm business loan program already in use, it has a drought recovery product and a farm investment loan, primarily designed around building preparedness for drought. Both can be used for re-finance, but RIC also anticipates that customers will use them to change the nature of their businesses to help improve their on-farm production patterns to diversify or steer the business in a better direction.

One of the Federal Government’s announcements prior to the recent election was the creation of an Agri-Starter loan, which RIC is developing a product for, for launch later in the year.

* RIC’s CEO Bruce King worked for Rabobank for almost 13 years, in Australia/NZ and the US, and prior to that with AA Co and Grainco in Toowoomba. He comes off a cattle property in Central Queensland.