Australia currently only permits the importation of zoo bovids (mammals of the cattle family, including animals like kudu, gazelles and impala) from New Zealand. 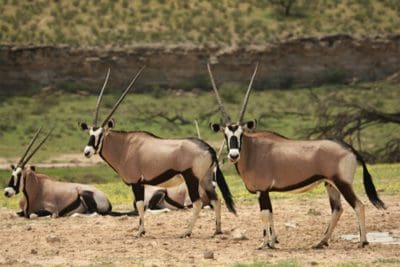 However a Departmental review has recommended zoos be allowed to import bovid animals and their semen from 19 other countries, provided they meet strict new biosecurity measures preventing 22 significant diseases including rabies, foot-and-mouth disease and Rift Valley fever, being introduced.

Species including domestic cattle and buffalo, sheep and goats are excluded.

Department of Agriculture, Water and Environment head of biosecurity, Andrew Tongue said the review was based on expert advice and extensive consultation with the animal industry sector and was an important step for zoos around Australia.

“Importation of zoo bovids is a top priority for the zoo sector, to improve the genetic diversity of existing zoo collections and contribute to international conservation efforts,” Mr Tongue said.

“However, it’s vital these zoo animals don’t create undue biosecurity risk to Australia. The department has worked closely with the zoo and livestock industries to develop conditions that will allow imports to occur safely.

“All animals imported will be held in pre-export quarantine for at least 30 days.

“They will be observed for signs of disease, treated for internal and external parasites, and tested for diseases in accordance with Australian import requirements.

“The donor animal must be resident in an approved, licensed or registered zoo or wildlife park in the exporting country since birth or for at least 12 months immediately before collection, unless otherwise approved by the department.”

“These countries were considered for inclusion on the basis of historical trade and their ability to provide accurate export certification. The department has not assessed these countries to determine whether they are able to meet the import requirements developed in this review,” the report noted.