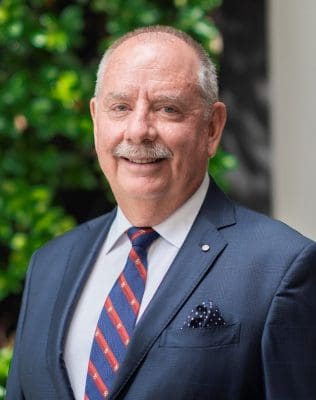 “One of the key issues has been for some time there is a perceived or real disconnect between people who pay the levy and how it is spent and the management of that,” Mr Mackay said.

“This deals with that.”

The proposed changes delivered direct line of sight for levy payers via a single ‘Red Meat Australia’ body, with industry levy funds flowing through the one organisation which would have direct control over the marketing, market access and research expenditure.

“I think this model does allow for plenty of input from industry, it gets the whole supply chain working on all of those things that are important across the whole sector rather than necessarily just those in the silos.”

Mr Mackay said the restructure pathway identified by the taskforce represented ‘significant reform’, and his hope is it will be received by industry from the point of view of “what the proposed change can bring”.

“What I would like to say to industry is we have from now until the end of November, a period of some months, where we want all the representative organisations and all the people right across the supply chain to look at it and consider it and think what it can bring.

“We will be engaging with as many people as we can during that time to listen as to what they see will work well.”

Industry feedback to the white paper proposal will now be taken into account before a final recommendation is formed to go to the Federal Minister of Agriculture toward the end of the year.

The proposed changes in their current form, which would affect the distribution of compulsorily acquired levies, would require Government support and changes to Federal legislation to enact.

The hope now is that today’s release of the review proposal will generate industry debate.

Mr Mackay said early suggestions that RMAC was using the process to somehow ‘feather its nest’, or that the review process represented a takeover of industry by RMAC, were “simply rubbish”.

The proposed restructure was not a new RMAC and the white paper referred directly to a creating an entirely new organisation with new staff.

“At the end of the day RMAC will be disbanded, I won’t be there, I have no vested interest at all,” he said.

Mr Mackay said the review process has been conducted entirely independently of the Red Meat Advisory Council through the appointment of independent review leader in former long-serving Queensland public servant Jim Varghese, and then through the selection of a panel of independent expert task force members.

He said the independent task force handled all submissions and contact with industry from corporates to representative bodies to individuals.

“The taskforce led by Jim Varghese determined through a lot of discussion and working through all of the submissions the things that their recommendations flow from, and in their view delivers the best outcome of satisfying all the issues that were raised.

“The process was strong and robust.

“Any change is always going to be controversial or difficult, because people find it hard.

“The important thing from our point of view is the world has changed dramatically and we need to have a series of organisations and research and things that can deliver on that basis.

“What I would ask industry to do is to consider the fact that we do need to adapt and move and to look at what this delivers and can deliver.”