DEVASTATING losses suffered by cattle producers in bushfires across south-eastern Australia in recent weeks has compounded the crippling impacts endured by thousands of producers in the past year due to fire, floods and unrelenting drought. 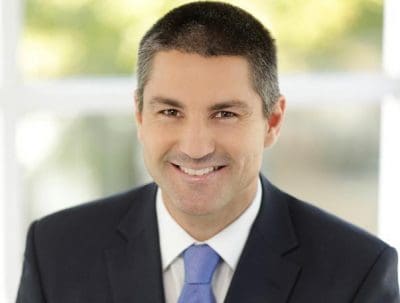 Cattle Council of Australia CEO Travis Tobin said the series of natural disasters across the country was testing the resolve of beef producing families.

“Producers need to look after themselves, their families and other members of their communities. Working together is the only way to make it through the fires and other natural disasters we’ve been witnessing. That same teamwork is the best way to manage the livestock welfare and biosecurity challenges arising from the fires,” Mr Tobin said.

“Producers helping other producers, along with the critical assistance of volunteer fire crews and the roll-out of on-the-ground State and Commonwealth assistance will help ensure farming families emerge from this devastation.

“Right now, the deployment of State and Commonwealth vets is our most urgent priority. We’re working with Federal Agriculture Minister Bridget McKenzie, the Department of Agriculture and state farming organisations to ensure the 100 Commonwealth vets which have been made available are utilised in the most effective manner.”

Mr Tobin said while the immediate bushfire risk continued in many areas, the recovery phase had already commenced for producers who have had their properties burnt out.

“Where cattle have perished in the fire or been fatally injured, and where on-farm infrastructure has been destroyed, the rebuild for producers is going to be like starting from scratch,” he said.

“As soon as it’s possible, producers and vets are getting back onto properties to assess livestock losses and the needs of surviving animals.”

Industry is also assessing the need to relocate livestock and coordinating the transport of fodder to fire affected areas. Mr Tobin said that while National Livestock Identification System requirements still apply in terms of the movement of stock, producers should note that NLIS reporting can be undertaken once animals are safely relocated.

“Disposing of carcases to prevent the spread of disease is also vital. The coordination of on-farm resources with the emergency assistance available from State and Federal agencies, will be pivotal in ensuring this occurs in a timely manner,” he said.

“The delivery of donated fodder has been overwhelming, especially given hay is such a precious commodity in these extraordinarily dry times. The work of our state-based farming organisation members in coordinating the provision of emergency fodder has been outstanding.”

“This is most welcome and means impacted producers have one less thing to worry about during this emergency,” he said.

“And I echo Minister McKenzie’s message to producers encouraging them to photograph injured and dead stock to help with insurance claims. By doing this, producers can euthenise injured livestock immediately, if necessary, rather than waiting for insurance assessments.

“Our incredibly resilient industry is no stranger to the extremes of nature and climate and we’re determined to ensure affected producers pull through this fire disaster. We look forward to continuing to work with other industry organisations and government agencies as producers and their local communities rebuild.”