Renowned scientist says Australia could already be at “net-zero” 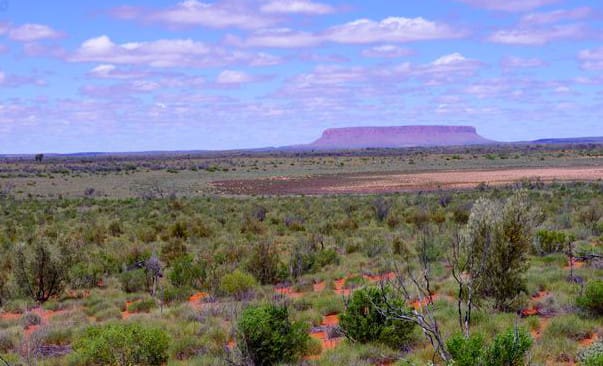 Inland Australia was responsible for a massive spike in Carbon Dioxide absorption in 2011. Image: Ben Poulter.

A WELL-KNOWN Queensland scientist says there is emerging evidence that Australia has already reached its goal of net-zero CO2 emissions and would require little effort to maintain it beyond 2050.

Dr Bill Burrows is a former senior principal scientist with the Queensland Department of Primary Industries (now Department of Agriculture) and served the State Government for more than 40 years. He has long been known as an expert in vegetation management.

Lately, he has been studying the Federal Government’s target of reaching ‘net-zero emissions by 2050’. He says it is likely the government has already reached that goal when it changed its wording about climate targets about 18-months-ago.

“In December 2020 Australia’s Department of Industry, Science, Energy & Resources advised an Inquiry on two Climate Change Bills instigated by the House Standing Committee on the Environment and Energy  that ‘for the Paris Agreement (PA) all net emissions from all lands (in Australia) will be accounted for – without restriction – using the independent monitoring systems of the national inventory’,” Dr Burrows said in a recent report.

“By way of contrast, for the Kyoto Protocol only about 1pc of Australia’s land mass was actually taken into account in determining net emissions.”

Earlier this month, a group of scientists in Tasmania discovered that the state was already carbon negative through a significant drop in native forest logging. Dr Burrows said if all of Australia’s rangelands were included in the accounting, the entire country would show similar results to Tasmania.

“Australia is the 6th largest nation in area in the world (and in the main has a land mass covered by CO2 absorbing perennial vegetation), yet it has far fewer people living in it than live in a single world ‘super’ city (e.g. Tokyo),” Dr Burrows said.

“Yearly fossil fuel emissions from anthropogenic sources in this country, either in terms of CO2 or CO2-e are thus more than offset by the ongoing capacity of our land use, land use change and forestry sector to absorb additional CO2 resulting from changed management – notably since the 1950’s.”

Dr Burrows said for Australia to consider “all lands” in its national greenhouse gas account, it needed to use satellite technology to measure CO2 fluxes at this continental scale.

“The only possible way to sample these net emissions over the whole continent (769 m ha – inclusive of all our rangelands), with acceptable accuracy and precision, is via spectral sensors positioned on satellite platforms,” he said.

“It is just not practical to undertake continental scale sampling of net CO2-e emissions using ground-based methodologies or computer models. Especially given the absence of appropriate means to validate the accuracy and precision of modelling outputs over such a huge area – combined with the complexity of the soils, vegetation, variable weather patterns and superimposed management.”

Dr Burrows highlighted four different studies using spectral sensors, which showed significant carbon uptake during both El Nino and La Nina weather episodes. But he said there was some conjecture over its application to Australia’s national greenhouse gas inventory.

“It has been suggested that any flux recorded in these lands cannot be included in our National Greenhouse Gas Inventory and PA accounts because this huge landscape is not identified or congruent with Intergovernmental Panel on Climate Change (IPCC) guidelines,” he said.

But he said recent changes to IPCC guidelines had most countries, including Australia, adopting a “managed land” method which, if followed, would include the areas already covered in Australia using satellite borne spectral sensors.

Dr Burrows said there was strong evidence woody vegetation had been moving into new areas across large parts of Australia’s rangelands.

“The introduction of domestic livestock has led to reductions in the regular/frequent burning regimes of previous millennia. The latter were instigated under now displaced, pre-European, indigenous management,” he said.

“This vegetation switch has been further promoted by tree clearing bans imposed in many jurisdictions, increased concentrations of CO2 in the atmosphere, and the widespread availability of 4WD vehicles and efficient fire-fighting equipment since WWII.

“So in our land ‘of droughts and flooding rains’ even mega droughts are not constraining this long term woody plant (carbon sink) thickening/expansion.”

Hopes for agriculture to talk up credentials

Dr Burrows said he hoped this information was used by the agricultural industry in promoting its environmental credentials.

“Rural landholders would be doing themselves and the Australian people a great service by publicising this fact at every opportunity,” he said.