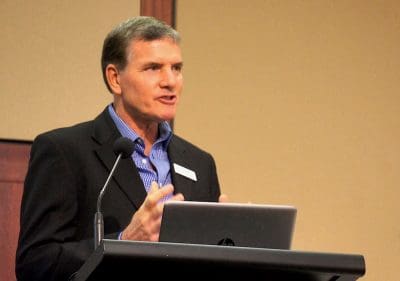 The winds of change are sweeping through the global beef trade, with significant access relaxations in many key importing countries over their attitudes to risk associated with BSE and Foot & Mouth Disease.

International beef and live cattle trade flows have been significantly impacted by at least five or six recent changes to import policy, specifically related to disease risk. Many of those have taken place over the past 12-18 months, and more look likely to follow.

It means that some of the ‘protection’ Australia previously enjoyed as a disease-free supplier into premium markets is now being rapidly eroded.

Some of the changing market access developments were discussed during the opening stages of MLA’s global markets forum in Brisbane this morning. We’ve prepared this quick list of some examples of recent and likely/possible future trade relaxations which are impacting on Australian beef exports :

“We have Brazil entering the United States; Brazil entering China; and India entering Indonesia. Some of the markets that Australia has had more or less to ourselves, due to other beef producing countries having disease issues, are starting to wane, and the competition is increasing,” he said.

Mr McCallum said three ways Australia could get ahead of that challenge was by cutting costs out of the supply chain (such as by working to remove tariff and non-tariff barriers); maximising value of beef products; and improving competiveness.

While the implications in each of the access changes listed above are large, perhaps the biggest, from Australia’s perspective, is the mounting challenge being seen from Brazil. Brazil is making huge strides in shifting its exports out of ‘fringe’, price sensitive markets like Russia, into emerging markets like China (access gained in September 2015), and better-paying markets like the US and the Middle East.

Beef exports out of Brazil were almost unchanged year-on-year in 2016, however the supplier’s global footprint continued to shift towards new markets, in which Australia has traditionally operated.

Brazilian exports last year totalled 1.08 million tonnes, back slightly from the previous year, but marginally above the 1.02 mt exported by Australia.

However, exports increased significantly in the case of China and Saudi Arabia which re-opened to Brazil in 2015. The gains in new markets were offset primarily by falls in exports to Russia.

In 2016, in shipped weight, Brazil exported:

Interestingly, while some (previously grey channel) trade is expected to have been diverted from Hong Kong to China since the market reopened, Hong Kong still experienced growth last year and 2016 marked the third highest year on record.

In addition, Brazilian beef shipments to combined Hong Kong and China were a record 346,000t in 2016, accounting for 32pc of all Brazilian exports.

China was Australia’s fourth largest export market in 2016, taking 94,000t, and while Australian product has experienced greater competition from Brazil, declines were recorded across most other markets due to supply constraints.

While Brazil still does not have beef access to Japan and Korea (Australia’s largest and third largest markets, respectively, in 2016), the US did allow access last year (albeit limited by quota and an out-of-quota tariff) and there has been a steady stream of small shipments (all less than 600t/month month) since September.

US beef into China

In other recent export market access developments, in September last year, China officially announced it would lift its 13-year ban on US beef imports, imposed after the detection of BSE in North America in 2003.

Official trade outside China’s Grey channel is yet to start, but will happen following completion of a risk assessment protocol. Boneless and bone-in beef from US cattle 30 months of age or younger would be permitted for import. The trade would be conditional on ‘traceability systems’ and ‘inspection and quarantine requirements,’ details for which are yet to be finalised.

A big limiting factor on the amount of trade into China out of the US would be the requirement for HGP-free beef only – a difficult challenge, given the US industry’s heavy reliance on growth promotants, this morning’s forum heard.

Based on past experience with US exports to Japan in the post-BSE era, apart from birth-date verified animals, it may be necessary to limit slaughter age to about 24 months in order to guarantee compliance with an imposed 30-month limit. That suggests any US-China trade will be in fed cattle only, rather than cheaper manufacturing beef produced from cows and bulls.

If Australia’s experience is anything to go by, some hurdles remain for US exporters, such as individual plant approvals for export – both chilled and frozen.

On a much smaller scale, Japanese Wagyu beef is beginning to trickle into more international markets again, after earlier bans caused by BSE. In some markets this may compete directly with marbled Wagyu beef produced out of Australia.

MLA’s general manager international markets, Michael Finucan said the BSE episodes in regions like North America and Japan happened well over a decade ago, and those countries had put in place systems and requirements that meant it was always likely that they would re-gain access to a greater basket of countries over time.

And broader community perceptions of BSE had greatly changed. Where once a positive detection made headlines, recent episodes, such as one in Europe, had attracted virtually no public attention.

“Countries that have had BSE detections, that are reliant on beef production, now have a lot better systems in place, and importing countries are recognising this,” Mr Finucan said.

In the case of FMD, zonal freedom, and freedom with vaccination under WTO and World Health Organisation rules had also helped break down trade access boundaries.

While Brazil was currently only exporting very small quantities of beef to the US since last year’s access breakthrough, once testing regime protocols were sorted out, it appeared likely that larger volumes of manufacturing beef might start to arrive.

Asked whether Brazil access to japan and Korea was likely to follow, Mr Finucan said it was likely that Brazil would now push hard for access, having had a win in the US. “But it will depend on how receptive the Korean and Japanese authorities are, in how quickly they might allow access.”

“But the consumers in both those markets are incredibly focussed on food safety and trust. I think Australia remains well positioned in both Korea and Japan, based on our long-standing performance.”

“All this means that Australia, to remain competitive, must differentiate its products even more – greater use of branding and the story about our integrity systems and building that closer consumer alliance. That’s a big focus right across the industry, getting further down the supply chain to build that story to extract the premium for our product.”