JUST 12 months ago the Grazing Best Management Program developed in Central Queensland was singled out for high praise by the global head of the beef sustainability roundtable. 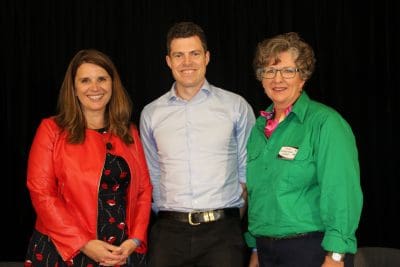 Speaking at Beef 2018 in Rockhampton, GRSB president Nicole Hoffman Johnson said the famer-led basis of the program was what truly set it apart and made it world leading on the global beef stage: “Other countries have done some sustainability work that they’re very proud of and they should be, but they haven’t put the farmer at the centre of it,” she said.

The program, developed over the past 10 years by NRM group the Fitzroy Basin Association, producer representative group AgForce and the Queensland Department of Agriculture, now involves more than 3000 particpating beef properties and has been touted as a model for the national beef industry to use to maintain and grow consumer trust.

But almost one year to the week since Ms Johnson-Hoffman’s offered her glowing praise for the program, it has been scuttled over fears the State Government could compromise or misuse participating producers’ private data.

At 6pm on Wednesday night dozens of beef industry stakeholders were asked to tune into a conference call where they were informed by AgForce that it was taking the dramatic decision to delete all of the data that underpins the program.

AgForce said its hand had been forced by new reef protection legislation about to be passed through Queensland Parliament.

It said producers had shared data about their farm management practices and land condition in good faith that the information would not be shared with or accessed by others, and had done so with the honourable intent of identifying areas of weakness in their operation that they were prepared to work on to improve in the name of better environmental outcomes.

AgForce said it made repeated pleas to the Queensland Government to adjust the wording of the bill before it was introduced to parliament to prevent individual producers’ data from being accessed, but its requests were ignored.

In a media release on Thursday morning explaining its decision to delete 10 years of data underpinning the Grazing BMP program, AgForce CEO Michael Guerin said the risk that the Government may use member’s data for purposes for which it was not provided, such as determining compliance with the new Reef regulations, meant that AgForce had to act to protect its members.

“Given our commitment to BMP participants to protect their information, we have been left with no choice but to permanently remove this data,” Mr Guerin said.

In effect, the move meant the program, 10 years in the making, was effectively over, he said.

Something to replace Grazing BMP will undoubtedly rise in its place, and the practices of producers to benchmark and improve their environmental management practices will not stop or change because of this decision.

Indeed AgForce announced in the same media release that it is already working on a developing a new scheme based on its Natural Capital program launched at Beef 2018 that will be “an even more effective program to improve environmental outcomes”, like reducing erosion and runoff, sequestering carbon, conserving soil moisture and increasing bio-diversity.

Mr Guerin said the new program will provide environmental outcomes “far beyond” what will be achieved by the Queensland Government’s reef protection legislation. Its expensive fines for non-compliance would do virtually nothing to guarantee benefits for the reef in terms of water quality.

“Experience has shown that such legislation is an expensive way to ensure minimum compliance, rather than empowering genuine, enduring behaviour change and proactive implementation,” he said.

Some have seen AgForce’s decision as a courageus step to draw a line in the sand in the face of a hostile State Government that refuses to trust and back the producers who manage the land and is listening only to city-based green groups.

Others have been more critical, seeing it as a dummy spit of enormous proportions by AgForce that will have negative implications for staff employed by the program and Grazing BMP’s commercial partners, which include a range of producer groups and commercial beef brand programs.

Some close to the program who asked not to be identified told Beef Central they were “angry and disappointed” by both AgForce and the Department, feeling both had let producers and extension staff in the BMP team and reef NRMs down.

“The amount of tax payers funds and producers’ goodwill burnt here is significant” was how one stakeholder summarised the issue.

Another said this week’s developments reflected just how much the relationship between the Queensland Government and rural Queensland had deteriorated.

“If you get to point where the only viable solution for an advocacy group is to delete all their data, what does that say about the working relationship with Government?”

‘Not the action of a group that wants to protect the environment’: Minister

Queensland environment minister Leeane Enoch said that by removing the data AgForce was deleting proof of the work farmers have voluntarily undertaken with the help of taxpayer funding to demonstrate they are improving their practices and improving the quality of run-off to the reef. 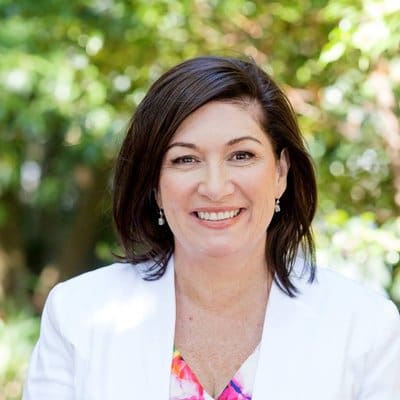 She said $70 million of taxpayer dollars had been provided to industries over the past decade to help them voluntarily improve their practices, including $11 million for the Grazing BMP.

About 80 percent of graziers had already agreed to voluntarily share their data with the Government, she said, and now the efforts of these producers would not be counted towards the water quality targets.

“I can understand why some graziers are upset about that,” she said in a statement to Beef Central.

“AgForce often claims that they are true environmentalists, but this decision is not the action of a group that wants to protect the environment.

“While AgForce is pretending that this decision is about privacy, it is important to note that the Bill before the Parliament does not allow the government to demand the provision of this kind of data, as has been suggested.

“This data is proof of the work that some farmers have been voluntarily undertaking to improve the quality of run-off to the Reef.

“It is disappointing that AgForce decided to flush so much work, and the taxpayer dollars that have been supporting it, out to sea.”

She said that despite farmers having 10 years to voluntarily improve their practices, the dial “hadn’t turned fast enough”.

“Now we are at crunch time.”

She said farming groups had been consulted extensively in the lead up to the regulations, and added that AgForce’s decision was in contrast to the recommendation of the Great Barrier Reef Water Science Taskforce, that Government introduce water quality regulations across all Reef catchments. She said it also went against advice of the Queensland Audit Office, which highlighted the need for more industry information to support informed decision-making.

“It would seem that AgForce has not been keeping their members informed about the progress of this consultation, and have let down their industry.”

“Scientific research shows the main cause of poor reef water quality is nutrient, sediment and pesticide runoff from agriculture in reef catchments.

“We need to act now if we are going to protect the Reef, and that is why the Palaszczuk Government has introduced these laws into Parliament.’

The fact is just 153 of 2203 business volunteered to share their data with @QldGov. If you want to quote the Qld Audit Office it has previously stated Gov’t did not have a cohesive program to halt the decline in water quality entering the reef.

In the meantime one large user of the Grazing BMP program has backed AgForce’s actions.

About 70 producers members of the Northern Cooperative Meat Company at Casino participate in the Grazing BMP program, using at as a tool to achieve best practice in sustainable production systems, and improving efficiency and profitability their beef businesses. NCMC CEO Simon Stahl told Beef Central said the developments of recent days had been disappointing, but did not change the NCMC community’s commitment to the program.

“We’re fully supportive of the program, we think it is a magnificent opportunity for the industry, and we’re going to stay fully behind it,” he said.

“The concept and the design is going to be demanded more and more by customers of the industry, it is good business and the graziers who have committed to it are fully supportive of how it can improve their business overall.”

Mr Stahl said it seemed that AgForce had been put in an “unenviable position”.

“I don’t know the mechanics behind it with the Government but I trust what AgForce has done was the right thing by the people who had signed up voluntarily to the system,” he said.

He predicted that the deletion of industry level data would have little to no impact on producers using the program, because they still had their own data.

“I am comfortable this is a bump in the road and we will get going again,” he said.

“AgForce have been the champions of the process, we’re fully supportive of what AgForce is doing, and we will certainty rally around it because I think it is wonderful opportunity for the whole supply chain.”