THE Red Meat 2030 plan released today outlines a strategy for Australia’s red meat sector for the next 10 years.

How the industry governance bodies that will deliver that strategy will be structured over that period is still in question.

In parallel with its development of the Meat Industry Strategic Plan (MISP) to 2030, the Red Met Advisory Council has also been overseeing a review of the Red Meat Industry Memorandum of Understanding since September last year (20 years after the existing MoU was written).

The review taskforce, led by former Queensland Government senior public servant Jim Varghese, consulted with stakeholders around the country before releasing a white paper which recommended a significant restructure of the above industry governance organisations.

The taskforce identified reform priorities as ensuring a single strong unified voice for the entire red meat sector, and a clear line of sight between all levy payers and the development of industry strategy.

The reform it recommended included forming a single red meat industry body to receive and manage all red meat industry levies (paid by the grassfed and grainfed cattle, sheepmeat, goatmeat, processing and live export sectors) and industry policy setting, overseen by a board with representatives from each peak industry council.

The restructure model released by the Red Meat MoU review taskforce is currently being considered by all signatories to the MoU (the nine bodies mentioned above plus the Federal Government).

RMAC has undertaken to provide a report on White Paper progress by November 2019.

An indicative timeline and suggested process to work towards the creation of Red Meat Australia. Source: RMAC

The process remains a work in progress as each industry sector contemplates the implications of the proposed plan for their own sector and the broader red meat industry, of which they are all a part.

It requires balancing the interests of their individual sector with the identified need for the red meat sector to speak with a single, united, powerful voice. “The future of the red meat industry hinges on us getting the structures right that enable, not hamper, our efforts to achieve our vision for Red Meat 2030.” he said.

“We need productive solutions.  Doing nothing is not an option.”

At some point a decision will have to be made on whether the recommended red meat reform model, or a variation of it, goes ahead.

It is still not crystal clear how that will work. If all of the MoU signatories reach agreement on a reform model, would that be enough for Government to accept and support the proposed change, or will a further demonstration of industry support be required, such as a vote of all affected levy payers? Changes to legislation would also be required, as outlined in this earlier article, which would require Government support.

Only a few of the Peak Industry Councils that are signatories to the Red Meat MoU have indicated yet where they stand so far.

Yesterday Cattle Council of Australia issued a statement commending the Red Meat MoU Review Taskforce for their efforts in creating a valuable document which would help guide further discussion to deliver a better red meat industry structure for the future.

However the council said it pointed out in its response to the earlier green paper that the MOU process was never intended to define what the Industry should look like, and change “should be driven by mutual consensus and evolution”.

“Cattle Council therefore, has grave concerns regarding the proposed restructure as outlined in the Red Meat MOU Review White Paper.

“The key consideration for Cattle Council, our founding State Farming Organisation members and direct members, is achieving the most effective representation for cattle producers while realising the best possible research and development, and marketing outcomes through oversight of levies spent on their behalf.”

CCA said it did not agree with the proposed structure of Red Meat Australia (NewCo1) in its current form.

“The grass-fed beef sector contributes the greatest share of industry levies, and no indication is given that the proposed structure would provide any mechanism for greater effective oversight by producers through their representative organisations and clarity on how these levies are spent.”

“Producers are unwilling to cede any share of industry representation, nor any say in how industry levies are spent.

“Specifically, there is no compelling evidence or specific detail which outlines how the proposed NewCo1 would realise better outcomes for beef cattle producers.

CCA said the scope to achieve efficiencies under a single red meat research body were attractive, but any such consolidation would need to embrace strong producer representation and accountable levy investment, and be able to deliver on specific priorities.

“There is scope for better governance and accountability of service providers, but the case is yet to be made in terms of how any restructures or mergers would achieve better outcomes for producers and other levy payers.”

Australian Livestock Exporters’ Council CEO Mark Harvey-Sutton has a broad range of experience across the sector, having previously worked with Cattle Council of Australia, Sheepmeat Council of Australia (now SPA) and the National Farmers Federation is supportive of the RMAC MOU review and a unified red meat industry.

“I think the advantage of this process is that it has challenged sectors to go through a process of determining what works for them in the process of change,” he said.

“It actually raises a lot of really interesting points the industry needs to consider, things like the utilisation of levy funds for policy development, which we think is critically important and an acknowledgement of the whole red meat supply chain.

“We’re not divided, we’re just different segments of the industry but we all inter-relate and no key part can operate in isolation, and I think that is important for people in the sector to understand.”

“With Red Meat Australia distributing the levies, it is one point of contact, so it will allow them a strong say.

“There needs to be an overarching strategic direction for the whole red meat sector about where levies are spent.

“Those who pay the highest proportion of income, will be in a very strong position.

“Each sector needs to go through a process of determining what works for them in the process of change, we’re very much behind that RMAC process.” 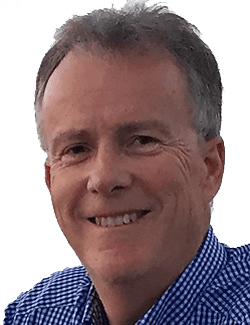 Its view was that the existing MoU was not fit for purpose in the future, and that the existing Peak Industry Councils (PICs) are too small, fragmented and each lack an economic model to develop and support effective future capabilities.

The SPA says it is comfortable with the White Paper recommendation, noting that it is a “not a plan, but a good starting point for further discussion, analysis and development”.

The critical thing now was for RMAC to form an Operational Task Force, to work with key stakeholders on how the components of the White Paper could be effectively implemented, including specific capabilities, focus, interactions and revenue streams of each of the Newco’s.

In a document outlining its current thinking on the White Paper, the SPA says it is focused on ensuring the red meat sector is fit for purpose to meet significant future challenges and opportunities, and is determined to see that strong, highly capable, national red meat industry representation occurs, with clear purpose, sustainable revenue models, skills-based governance and reduced fragmentation.

“Given increasing volatility, doing nothing is not an option,” SPA stresses.

SPA likes the opportunities presented for greater industry consolidation and stronger capabilities under the streamlined restructure model, but also wants the National Farmers Federation (NFF), Australian Wool Innovation (AWI), Wool Producers Australia (WPA), Animal Health Australia (AHA) to also be part of the conversation when developing the restructure model further. The State Farming organisations also need to be considered, as national and state based organisations need each other for the model to operate effectively. 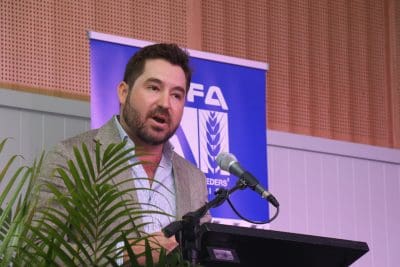 Australian Lot Feeders’ Association president Bryce Camm said ALFA is still working with RMAC to answer more of the questions and possibilities that the white paper process delivered before asking its own members to make a determination.

He added that the process was likely to be an evolution of options going forward rather than a simple process of deciding ‘for or against’ the white paper.

Beef Central also asked the Australian Meat Industry Council if it had arrived at a position in relation to the recommended restructure model.

CEO Patrick Hutchinson said AMIC is still working through the process and working with AMPC on the proposed industry restructure for the processing industry and with its retail and smallgoods councils on implications for the industry further down the chain.