Red meat industry can be carbon-neutral by 2030, says MLA

Mr Norton said achieving the goal would put Australia head and shoulders above its competitors, giving consumers even more confidence in the quality and integrity of Australian red meat and turning environmental criticism of the industry on its head. 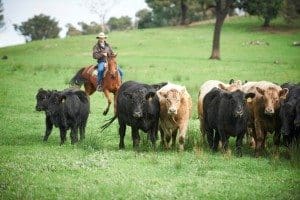 He said Australian red meat’s reputation was second to none amongst global consumers, but the industry must keep focus on changing consumer demands and act on emerging threats and market disruptors to prosper into the future.

“With industry commitment, the right policy settings and new investment in research, development and adoption, the Australian red meat industry can be carbon neutral by 2030,” Mr Norton said.

“And we can be the first red meat exporting nation to do so.”

To this end, Mr Norton announced that MLA had initiated a project with CSIRO (details below) to identify pathways for the red meat industry, farm and processing sector included, to become carbon neutral.

The project has identified a series of innovation and farm management options including the expanded use of legumes and dung beetles in pastures, savannah fire management in northern Australia, feed supplements, lotfeeding and vegetation management.  Genetic selection and a potential vaccine to reduce methane production in the rumen were other opportunities, he said.

“What they do require is the commitment of industry, the right policy settings from federal and state governments, and a continued investment in research, development and adoption of innovation within industry.”

He said the dividends from setting a carbon neutral goal would include: 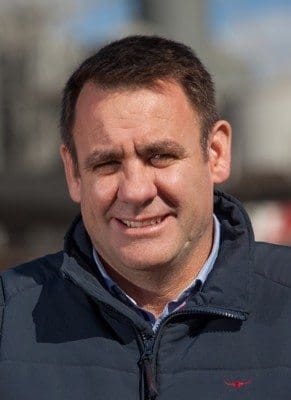 Mr Norton reported that MLA was gathering more consumer insights from export markets than ever before, which was directly informing where and how MLA invested the industry’s marketing levy.

“There are clear market signals in our high value international markets that emissions from livestock production are an issue for consumers who are also increasingly interested in the provenance of their food,” he said.

“At the same time, global companies and billionaire entrepreneurs are investing big dollars in projects to manufacture cultured and synthetic beef to try and lay claim to having zero environmental and welfare impact.”

“There are other signals as well.  Both sides of federal parliament have committed to further reduce national carbon emissions by 2030 and most state governments have set carbon neutral targets.”

Mr Norton said the Australian red meat industry had already done much of the heavy lifting in the reduction of Australia’s total emissions to date and had an opportunity to create an even better story about its product in the years ahead.

“Further demonstration of our industry’s willingness to engage is the beef industry’s commitment to reducing emissions by nominating ‘managing climate risk and ‘the balance of tree and grass cover’ as two of the six key priority areas within its Sustainability Framework.

About the project:  ‘A Carbon Neutral Red Meat Industry’

This MLA-commissioned project conducted by CSIRO will look into how the red meat industry could become carbon neutral by 2030.  Becoming carbon neutral means the industry (defined as the farm and processor sectors) captures or removes carbon from the atmosphere, at the farm and processing levels, as recorded annually by the Australian Government.  The process for the project has been:

The final report will be published next month.