A plan to guide and grow Australia’s red meat industry over the next 10 years has been released this morning, setting an ambitious goal to double the value of industry sales to $57 billion and triple the amount of capital invested in the sector within the next decade. Red Meat 2030 also aims to halve industry and government-led regulation and achieve carbon neutrality in the sector, whilst rewarding red meat producers for their environmental services.

Red Meat 2030 has been released today by the Red Meat Advisory Council. It was developed following consultation with industry stakeholders and organisations at forums and workshops held around Australia earlier this year.

The plan prioritises industry growth, setting a target of doubling the value of the industry to $57 billion in industry sales by 2030.

The current value of Australian red meat sales is $28.5 billion – $11 billion in domestic sales and $17.2 billion in export sales.

The National Farmers Federation has identified a target of growing the value of Australia’s annual farm sector output to $100 billion by 2030, a target the Morrison Government has also publicly backed.

A 2030 doubling of total value of red meat sales to $57 billion would exceed the red meat sector’s share of the Government-supported $100 billion-dollar target, but will also require Government action to achieve, RMAC chair Don Mackay said. “We ask that governments come to the table with policy and investments that enable this ambitious nation building vision,” he said.

“To our decision makers, we say we are an industry heavily committed to better outcomes for the Australian people, the environment and livestock – help us remove unnecessary red tape – improve market access and reduce the $1 billion dollars lost to the Australian economy through the imposition of technical trade barriers.”

In addition to doubling the value of industry sales, the plan is aimed at creating profitable, environmentally sustainable and customer focused red meat businesses.

Mr Mackay said industry is leading the way to achieve sustainability and climate change mitigation goals and it was time all governments lifted their performance in this area.

“To our consumers, we will aspire to deliver you the highest quality product of choice, a true superfood recognised for the vital health, nutritional and environmental offerings our product provides.

“Our red meat in 2030 will be carbon neutral and have the absolute highest standards of animal welfare, traceability and biosecurity.”

Mr Mackay said that through the 10-month national consultation process, industry had agreed to a progressive new way of delivering Red Meat 2030.

“With Red Meat 2030, we will invest in our people first to enable adoption of best practice through a compulsory percentage of project funding being allocated to a dedicated outreach program.

“This will ensure that our regional farming, export and processing businesses and levy payers get the first mover advantage from our industry and government funded research.”

“We have also committed to further serious reforms including formation of a single integrity organisation and delivering the six priority areas of the plan through a new collaborative model of industry-led Taskforces across the supply chain.” “This is a substantial change up to how we operate because we know in order for us to achieve our 2030 vision, we must do things differently and collectively.

“This collaboration premium will result in more value for Australia’s 80,000 red meat businesses as well as pioneer amazing eating experiences for our customers in Australia and worldwide and secure ongoing political support.”

Red Meat 2030 and what it means for customers and businesses can be viewed at www.redmeat2030.com.au.

Red Meat 2030 will be officially launched at a function at Australian Parliament House at 6pm this evening by the Minister for Agriculture, Bridget McKenzie.

“Income growth and demands from our region for food security have seen the demand for live animal exports grow. For cultural, infrastructure, industry development and political reasons this market is not substitutable. We are responding to those demands in a competitive environment where 100 other countries export live but we are doing it by leading on quality, integrity and animal welfare”

“Industry prosperity and growth doesn’t just happen – it requires good planning, strong industry collaboration, leadership and focused investment. Red Meat 2030 builds on these foundations and will guide our collective effort to ensure we continue to evolve to meet customer and stakeholder requirements and thrive.” 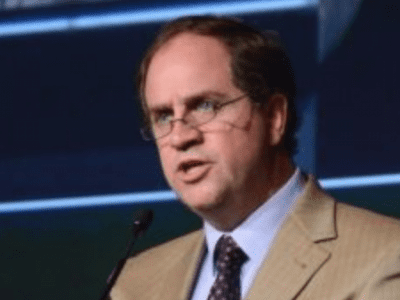 “Our Australian red meat product is a unique and authentic offering; but in order to capitalise on our ambitious target of doubling the value of red meat sales we must maintain our comparative and competitive advantage through reducing costs and reducing $1 billion in trade barriers.”

“For grass fed cattle producers who manage 51 percent of Australia’s land mass, Red Meat 2030 tackles key issues and looks at new ways for producers to diversify on farm through ecosystemsservices and being rewarded for natural capital as part of proactively managing climate impacts and the environment.”

“For Australia’s goat industry, Red Meat 2030 tells our story from now until 2030 from paddock to plate and explains our unique Australian point of difference.” 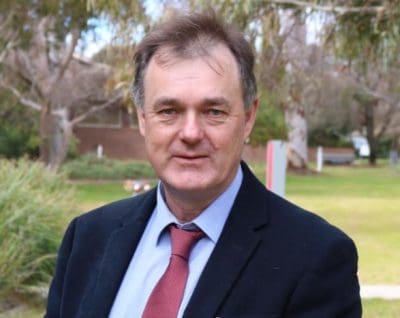 “Red Meat 2030 is a bold strategic plan that empowers our industry to embrace a decade of unprecedented opportunity and change. The plan will guide investment in research and development, with a strong focus on innovation and early adoption and a clear understanding of our global customers evolving needs.”

“Australia is a specialist producer of red meat with some of the highest costs to operate in the world. Red Meat 2030 provides a framework to support our continued efforts in delivering increased industry efficiency and innovation across key areas including labour, energy and regulation to maintain our competitive advantage, ensuring top-line growth and a level playing field with our global competitors.”

“Strategic direction is vital in an environment of constant change, and Red Meat 2030 provides overarching targets for the entire industry to work toward together. It will guide investments in key areas such as animal welfare, which is already a priority for LiveCorp as it supports livestock exporters delivering employment and food security to communities across the world.”

“Red Meat 2030 provides an ambitious plan to double the value of Australia’s red meat industry. This will guide all industry organisations in our efforts to create and capture more value across the whole supply chain. All efforts will be focused on meeting the expectations of our global customers and consumers. The plan will be instrumental in driving MLA’s investment in marketing and R&D to deliver tangible benefits to levy payers, engage customers and develop higher value products. Meeting our goals will require a collaborative and sustained effort between all parties. The plan creates an exciting path to highly profitable red meat businesses.”