THE AUSTRALIAN Agricultural Co’s announcement on the opening day of the Brisbane Ekka on Friday that managing director and chief executive officer Jason Strong is to leave the company provided fertile ground for speculation about the reasons behind the surprise move.

As recently as Friday the week prior, Mr Strong spoke with passion and animated enthusiasm about the company’s recent achievements, and what lay ahead, during a presentation at the Yulgilbar field day in northern NSW. If he knew about Friday’s developments then, he certainly kept it well hidden.

On Friday morning, the AA Co board issued a statement announcing the ‘resignation’ of managing director and chief executive officer, Jason Strong – click here to view original article. Others claim he was ‘axed.’ The company on Friday did not respond to Beef Central’s request for clarification, referring us back to the ‘vanilla’ ASX announcement, Click here to view.

With the benefit of hindsight, it’s now evident that AA Co has for some time been adding additional layers of senior operations management to the business, which may in some way be connected with Mr Strong’s departure. Included in recent appointments are COOs, CCOs and CMOs, as follows:

Former chief operating officer of the reclusive Stanbroke Beef business, Tony McCormack, joined AA Co a year or so ago in the newly-created role of chief operating officer. Well-regarded as an operations manager, he spent 12 years at Stanbroke, including his final four years as COO. By any standards, he is regarded as a ‘head office’ manager, rather than a dirt-on-boots pastoral operations manager, however. Prior to joining Stanbroke Mr McCormack worked in senior management roles in the aviation and logistics industries.

Foreign exchange expert Hugh Killen, managing director of Westpac Institutional Bank and Harvard business school graduate, since June has acted as AA Co’s chief commercial officer – another newly-created role. He is a member of the Killen clan which had connections tracing back to the old Scottish Australian grazing company and grazing assets around Nyngan n NSW and the Northern Territory in the 1960s-80s. 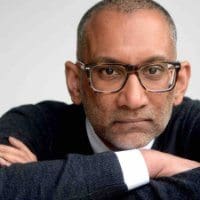 As flagged in Friday’s article, AA Co boardmember and deputy chairman Shehan Dissanayake has for some time filled the senior management operational roles for both marketing and technology/innovation.

Dr Dissanayake represents AA Co’s largest shareholder, UK billionaire Joe Lewis’s Tavistock Group on the AA Co board. Tavistock holds around 40pc of AA Co’s shares, and some see Dr Dissanayake’s engagement at operational level as a sign of gradual encroachment of control of the company by Tavistock.

The diminutive Sri Lankan-born Dr Dissanayake is a likeable, engaging and naturally curious individual. As one of the most trusted executives of reclusive British billionaire Joe Lewis, he is managing director of the Tavistock Group, Mr Lewis’s privately held investment company.

He has responsibility for portfolio strategy across 200 companies in 15 countries, and is CEO of Tavistock Life Sciences, an operating unit of the Tavistock Group.

Before joining Tavistock in 2002, Dr Dissanayake was a managing partner of global accountancy firm, Arthur Andersen, with responsibility for strategy and business planning for the global legal, tax and HR consulting divisions of the firm, encompassing some 1600 partners and 15,000 professionals.

Earlier in his career, he was involved in the medical research and technology industries. He holds a PhD in pharmacological and physiological sciences from the University of Chicago.

Many onlookers were surprised, to say the least, when Dr Dissanayake undertook operational management responsibilities at AA Co. The moved into the marketing and technology roles following the departures in quick succession earlier this year of AA Co’s former global marketing manager,  Marie Reushle, who spent only 12 months with the company, and general manager for innovation and strategic development, Dr Gerard Davis.

Another senior manager to leave the company recently was chief financial officer, Andrew Slatter. His role is now being filled on an ‘acting’ basis by Scott Prebble, who started with AA Co in 2013 as group financial controller.

In combination, the three recent appointments make the senior management ranks at AA Co look somewhat crowded, and may have contributed to Mr Strong’s departure, speculation in senior industry ranks at the Ekka on Friday suggested.

Do any of these senior management appointments point to a logical successor to Mr Strong?

Probably not. Mr Dissanayake has already ruled himself out, via a specific reference in Friday’s press release, which said he had “advised the board that he should not be considered for the role.”

What the personnel changes perhaps do indicate is that it now allows the board to furnish the business with a different type of chief operating officer, observers suggest.

Day-to-day operations would appear to be reasonably well covered, with the three gentlemen outlined above.

A common view is that the appointments now allow the AA board to seek a leader who can effectively execute the company’s plans to embed its branded beef products into the ‘luxury international consumer brand’ category.

A pointer to this came in a brief statement issued by chairman Don McGauchie after Friday’s announcement, in which he said Mr Strong was “exceptional in transforming an almost 200 year-old cattle company into a supply chain driven beef business.”

“The next phase of our growth will be to continue the transformation into an internationally-focused luxury branded beef business,” Mr McGauchie said. “As the company progresses with this second phase of transformation, Jason told the Board he felt it was timely to hand over at this point.”

Words like this suggest corporate brand names like ‘Louis Vuiton’, ‘Rolex’ or ‘Mercedes Benz’ may appear in the CV of the new appointment – somebody who has premium consumer brands experience in their professional background, who can be absolutely at home at an elite beef brand launch in Monte Carlo, Shanghai or New York.

“They are now playing the long-term game. In the past the company has been guilty of making short-term decisions for short-term outcomes,” he said.

Commenting in the same article in The Australian, managing director of institutional equities at Bell Potter, Angus Aitken, said, “I reckon AA Co is less than 20 percent of the way through the journey of where it can be under the new management team and board changes.”

“You need patient and entrepreneurial capital in agriculture to make good money long term and that’s what Tavistock brings to AA Co,” he said.

Significantly, Friday’s announcement said the company’s new CEO would not be offered a position on the AA Co board, effectively separating operations from strategic policy direction. The joint CEO/managing directorship model has applied to Mr Strong as well as his two predecessors, David Farley and Don Mackay – albeit intermittently in Mr Mackay’s case as Peter Holmes a Court came and went from the company.

The venerable John Griffiths, who acted in the sole role as AA Co’s chief executive in the pre public-float era, was the only operations head to spend longer than five or six years in the role – much of it during the later stages under Elders ownership.

To Mr Strong’s and the company’s considerable advantage in the eyes of many, the Australian cattle market has risen dramatically since mid-2015, which in turn has pushed property values to at least their 2007 high-point, and in many instances higher. AA Co recently announced a 5.6pc lift in net profit to $71.5 million for the year ended March 30.

The AA Co Board said it had engaged global recruiter Egon Zehnder to lead an executive search for a new managing director, with a plan to make an appointment before the end of 2017. The position is arguably the highest paid in the entire Australian beef industry. The board said it anticipated the search will include both external and internal candidates.

Questions will about whether AA Co’s new operations head is likely to be an Australian or international appointment, with the latter firming as a prospect given the company’s stated objectives.

AA Co’s share price closed on Friday at $1.53c, down 11.5c on the previous day and the stock’s lowest point since mid-March. The share value reached a recent high-point of $1.96 in mid-June, before falling 43c or 22pc since. This time three years ago, at the start of August 2015, when the Australian cattle and property market boom first started, the stock was worth $1.40.

AA Co is due to hold its annual general meeting in Darwin on August 23. More may be learned about Mr Strong’s departure then, if shareholders seek answers during questiontime.