Further details about how Queensland’s border shutdown will work have been released by premier Annastacia Palaszczuk today. 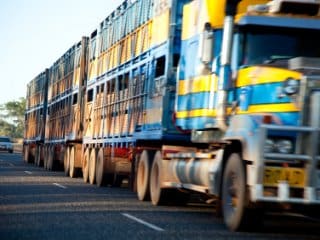 Measures to take effect from 12:01am Thursday include:

Anyone travelling to Queensland, not usually resident in Queensland, for any other reason will have to agree to self-isolate for 14 days sick or not.

Police are developing methods to identify vehicles in border communities to make frequent essential border crossings easier – such as a permit.
It is the first time in more than a century that Queensland has restricted access at its border.

The Queensland/New South Wales border last closed at the end of World War One to contain the Spanish flu.

“They are not directed at our border communities who cross to shop or work, attend medical appointments and return to their homes.

“They are to stop holidaymakers leaving southern states and risking the spread of this virus through Queensland.”

Meanwhile the National Heavy Vehicle Regulator says it has welcome a commitment from all State and Territory Governments to ensure the on-going movement of all heavy vehicles across state borders.

While a range of border restrictions are due to come into place over the next 48 hours, all freight movements will continue ensuring certainty for heavy vehicle operators.

However the NHVR is advising heavy vehicle drivers and operators to be aware of some delays where border checks are in place.

Governments and the NHVR are still finalising advice for the movement of passengers in heavy vehicles (including two-up driving) and the requirements for drivers to self-isolate if operating interstate.