THE Palaszczuk Government has moved to crack down on animal rights activists who invade farms and meatworks following disruptive protests on the Darling Downs and Southern Queensland last Monday. 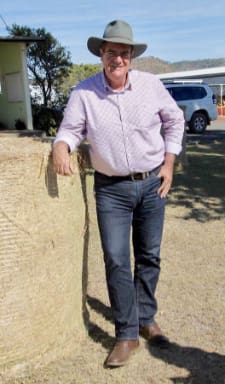 Before the end of the month, militant animal rights activists will face $652.75 fines issued either on the spot or later after review of evidence from the protest site, the Queensland Government said in a media statement on Sunday.

The fines will be issued by Police or biosecurity officers.

The Biosecurity Regulation 2016 will be amended to include this new penalty aimed squarely at animal activists who consider their cause is above the law.

The move was fully endorsed by the Animal Industry Security Taskforce comprising officials from the Department of Agriculture, Police, AgForce and the Queensland Farmers Federation when they met last Thursday.

“Those breaking the law will soon be hit hard financially,” Mr Ryan said.

“A taskforce established by the Department of Agriculture and Fisheries and supported by Queensland Police is also putting processes in place to de-escalate these tense situations and to maintain the safety of everyone involved.”

“As well as on-the-spot fines, these disruptive and illegal protestors could also face the courts and possible jail time on trespass charges, once affected landowners complain officially to police and evidence supports their arrests,” Mr Furner said.

“We take animal welfare very seriously and so does an overwhelming majority of our agricultural businesses.”

Mr Furner said the Palaszczuk Government had moved quickly to establish a strong deterrent for activists thinking of breaching biosecurity restrictions where livestock were kept.

“We have acted decisively and drawn a real line in the sand,” he said.

“Animal rights zealots invading farms are a real threat to biosecurity and are putting their lives and the lives of farmers, workers and indeed the animals they claim to care about at risk.

“If they behave in this way then they will pay the price.”

Activists who move from location to location for multiple protests will face being slapped with multiple $652.75 on-the-spot fines.

Five people have now been scheduled to face trespass charges in the Toowoomba Magistrates Court on May 9 following a trespassing incident at a Millmerran property last month.

Initially charges were laid against a 29-year-old woman and 26-year-old man, both of Margate, who were alleged to be the principal organisers of a protest and trespassing incident at a Bostock Road, Millmerran, feedlot.