Specially licensed shooters in New South Wales will have renewed access to Category D firearms, allowing landholders to better control vertebrate pest animals under planned legislation to be introduced by the Deputy Premier, Minister for Regional NSW and Minister for Police Paul Toole. 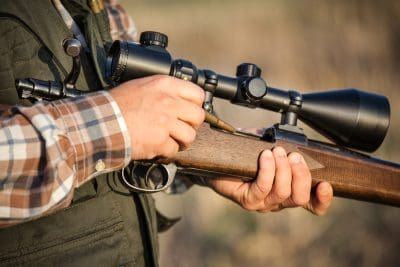 Mr Toole said the proposed amendments to the Firearms Act 1996 and the Firearms Regulation 2016 will restore the ability of some primary producers and pest animal controllers to access and retain the fit-for-purpose Category D firearms they need.

“The rise in wild pig numbers, among other pest animals, highlights the importance of firearms as a necessary tool of trade for many of our landholders,” Mr Toole said.

“I have worked closely with industry to create a permanent and practical solution for the estimated 500 Category D licence holders who were affected by a  2020 NSW Civil and Administrative Tribunal determination, which inadvertently rendered some Category D firearms previously assessed as legal to be prohibited in NSW.

“These firearms have been legally imported or manufactured locally, and can be used to control pest species in Queensland and Victoria, and these proposed legislative amendments strike the right balance to ensure NSW farmers and pest animal controllers have the same access to these firearms.

“A series of rolling regulations have been used in a bid to overcome these problems, but a permanent fix is needed, and that’s what these changes will achieve.”

Category D firearm licences are very tightly controlled and can be issued for specific firearms, including some self-loading centre fire rifles – and only in instances where the Commissioner is satisfied there is a genuine reason of vertebrate pest animal control for the firearm, and that there is a special need for the person to possess a Category D firearm.

Self-loading centre fire rifles which have been designed or are currently adapted for military purposes remain strictly prohibited in NSW.

There are five categories of licence: