The bargaining power of cattle producers is significantly below the standards considered fair and reasonable in a normal commercial relationship, regional lawyer and cattle producer Dan Creevey believes. 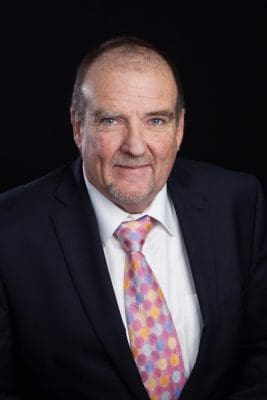 Mr Creevey is the founding partner of Creevey Russell, a regional law firm with offices in Toowoomba, Brisbane and Roma. He has also owned cattle properties throughout a 40 year involvement with the beef industry.

In a submission to the Australian Competition Consumer Commission’s Cattle and Beef Market Study, Mr Creevey draws attention to the erosion of profitability in the cattle production sector over the past 15 years, and warns of industry-wide consequences if this trend continues.

“If producers continue to receive prices for beef that are below the cost of production, it is only a matter of time until it is no longer economical for them to continue,” he states. “Without beef producers, the red meat industry in Australia will collapse.”

Mr Creevey says producers do not have fair and reasonable bargaining power.

This is demonstrated, he says, in several ways:

“This lack of transparency and conflict of interest is not seen in any other industry that we are aware of,” Mr Creevey said.

Mr Creevey believes the grid pricing system should be made more equitable through the implementation of a sliding percentage scale and the removal of the ‘cliff fall’ pricing structure presently used, where a relatively small variation in weight can lead to significant differences in price.

“This current ‘cliff fall’ structure, combined with the issues highlighted above regarding cut and the economic incentivisation for by-product use, leads to a significant mismatch in bargaining power and show potential for misuse and manipulation to the processors’ benefit.”

“Additionally we would propose that independent graders be employed to conduct all grading.”

Mr Creevey believes MLA should be restructured to ensure it is controlled only by cattle producers, and proposes that graders be regulated by MLA and paid for by levies and contributions presently collected by MLA.

The ACCC is conducting a series of regional forums around Australia as part of its cattle and beef market study.

The purpose of the forums is to allow ACCC to hear directly from farmers and other people in the cattle and beef industry about competition and fair trading issues that concern them.

Any interested parties are welcome to attend the forums.

The dates, locations and venues for each forum are as follows:

You can register to attend at this link, or by contacting the ACCC at this address marketstudy@accc.gov.au.