Processors back Barnaby’s call for independent review of export fees

BEEF exporters have solidly endorsed agriculture minister Barnaby Joyce’s announcement yesterday that an independent review will be conducted to examine the certification and inspection costs associated with plant and meat exports under the revised system of fees and charges.

The minister said the reviews would address stakeholder concerns about the revised cost of the programs to exporters.

The previous Labour Government about five years ago controversially removed its 40 percent subsidy for export inspection fees and charges, not only for beef but all exported food items.

Unlike the United States, Brazil and other red meat export competitors, where the cost of export inspection is more or less entirely borne by government, the decision added considerable cost of entry for Australian exporters.

The underlying justification for government financial support for export inspection costs is that it benefits the entire supply chain, and regional Australia more generally, by underpinning competitiveness of Australian beef on the world stage.

There is a general view across the industry that that cost is ultimately passed back through the supply chain to both processors and producers.

On top of that figure, there is an estimated additional $30 million being paid by those plants that choose to operate company-based meat inspection systems under the AEMIS model. Other export costs, such as Halal certification, which amount to an additional $25-30 million each year.

In total, it represents total export cost to the red meat industry of around $140 million each year, Beef Central has been told.

On a 12 million beef equivalent national kill (beef and smalls) in 2014 the $80 million meat program costs equate  to around $7 per head of government costs.

Following the withdrawal of government support for export inspection costs, the industry and government had collaborated in the introduction of the self-managed Australian Export Meat Inspection System (AEMIS). Considerable expectation (both government and industry) was placed in AEMIS as a means of achieving considerable savings in meat inspection costs, but it largely failed to deliver on that promise.

“I have listened to feedback from exporters who have concerns about the way export fees and charges are calculated,” Minister Joyce said in yesterday’s statement.

“That’s why I’m ensuring independent reviews of the plant and meat export programs will take a closer look at the department’s costs and the methodology used to determine the fees and charges. This will give exporters more confidence in the way the government recovers the cost of export, and better visibility of how costs are calculated and passed on.”

While full recovery of the department’s export certification costs was still less than 0.8 percent of the overall value of agriculture exports, it was important that industry was not hampered by costs, wherever possible, Minister Joyce said.

“We want to drive profits back through the farmgate, so we have to make sure fees and charges are fair, equitable, transparent and relative to the services being provided,” he said.

Prominent Australian red meat exporters have been quite vocal for some time in wanting to see a review of export inspection fees and charges. 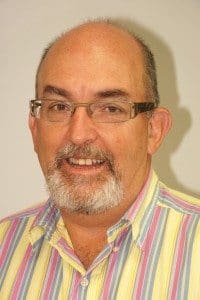 JBS Australia spokesman John Berry said from his company’s perspective, anything that potentially took cost out of the system and supply chain for producers and processors alike had to be commended.

“We congratulate the minister on his decision, and support the initiative. But the outcome has to be delivering a cost that reflects the cost of these services from government,” he said.

“Equally importantly, Australian beef competes in a highly competitive global beef market, where the US, Brazil and other exporters do not have these costs imposed on their industries. The cost in those countries is government-borne,. In essence it is a government-provided service.”

While it was important to reduce costs from the system where possible, Mr Berry said it was equally important that the integrity of the Australian export inspection system was not compromised.

“We cannot see a decrease in the quality of on-plant or broader government regulatory service, but we also want to make sure that the service provided by government is cost effective and market access is not compromised,” he said.

Since the removal of the Government’s contribution towards export inspection costs, there had been a move to AEMIS, an optional company-based inspection model, that was about delivering market access while taking cost out of the system. But it failed when the valuable European Union market announced that it did not accept the AEMIS inspection model, Mr Berry said.

The lesson in that was that major importing countries ‘felt more comfortable’ with the Australian government involved in the export inspection role, and outsourcing this function presents risks he said.

“JBS commends the minister in what he is trying to do with this review, but at the same time, we have to make sure this is not just a cost-cutting exercise and an exit strategy for government – when the role of government is critical in terms of ongoing market access, in a highly competitive international industry.” 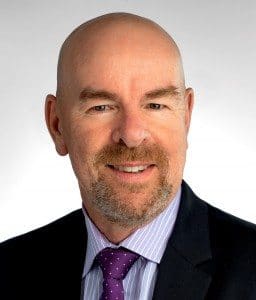 NH Foods spokesman Stephen Kelly said it was prudent and appropriate for the Federal Government to review the fees and charges surrounding export inspection.

“That’s not necessarily to say they should be abolished, but to ensure that the charges that are being levied on exporters reflect the actual cost of the service being provided,” Mr Kelly said.

“An investigation will provide some transparency around that. Hopefully it will become clear what the costs are, and who should pay for them.”

“Certainly at the plant level, where a lot of the costs are accrued, it’s important to examine what those costs are and to assess whether they are being fairly shared across all of industry. There’s a lot of players using the export program, and it would be unfair for one sector, at the plant level to pay for it all.”

“Applying 100 percent cost recovery for all export-related charges may not be fair. There may be some charges that should be absorbed by government, because certainly for our export competitors overseas, there is a strong element of government subsidisation of some of these inspection services,” Mr Kelly said.

“We need to make sure that Australian exporters are not being over-regulated, and priced out of what is a very competitive global meat market.”

The government expects the export meat program review to be completed by June 2016.