Beef Central publishes an occasional summary of appointments, departures or achievements occurring across the red meat supply chain, both private sector and government. Send details for future submissions to admin@beefcentral.com 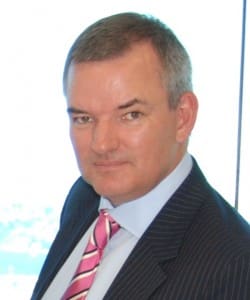 Mr Rizzo has taken up his new role this week.

As the research and development corporation supporting the red meat processing industry, AMPC has had a somewhat turbulent recent past, with four chief executives serving in the role in the past four years. A former AMPC chief financial officer did time for stealing funds from the industry body.

AMPC chairman Peter Noble has been in a custodial role as acting CEO for an extended period, prior to Mr Rizzo’s appointment last week.

Mr Rizzo is seen as a good fit for the role, having more than 20 years’ senior management experience in the international commodity, agri-food, and banking and financial services sectors.

He has worked across Australia and in major international trade centres in Singapore, Hong Kong and Shanghai. Most recently he was deputy chief executive officer of INTL FC Stone Inc, a Fortune 500 financial services company specialising in commodity trading.

Originally from an Angus cattle and Corriedale sheep stud in Western Victoria, Mr Rizzo started out as a livestock agent with Elders and has strong knowledge of pre and post farm-gate supply chains.

“Mr Rizzo’s considerable network of stakeholder relationships and collaborative ethos will be invaluable as the industry adopts a more unified approach to addressing the key risks facing the sector,” Mr Noble said.

Beef Central asked Mr Noble why it had taken so long to appoint a full-time CEO. He recognised that there had been a ‘reputational issue’ surrounding AMPC within the industry, and said the organisation had recently undergone a long-term planning and strategic review, including how it intended to run its R&D programs, and engage with members.

“We then had to test the strategy with boardmembers and stakeholders. It meant we had to redefine the role of AMPC chief executive, before going into the market to make an appointment,” he said.

“His record of driving innovation and high performance, coupled with his widespread knowledge of the agribusiness sector, make him the ideal person to lead AMPC through the challenges and opportunities facing the red meat processing sector in 2017 and beyond,” he said.

“I look forward to working closely with all industry stakeholders to enhance AMPC’s competitive edge through innovation and unlock market opportunities that will ultimately help Australia become the most sustainable meat processing industry globally,” he said.

Peter Noble will revert to his role as AMPC chairman, working closely with Mr Rizzo during a handover period to ensure a seamless transition, AMPC said in a statement.

Queensland livestock transport industry stalwart Liz Schmidt was recognised for her contributions to the industry in Australia with Life Membership during the Australian Livestock & Rural Transporters Association’s annual conference in Toowoomba on Friday. 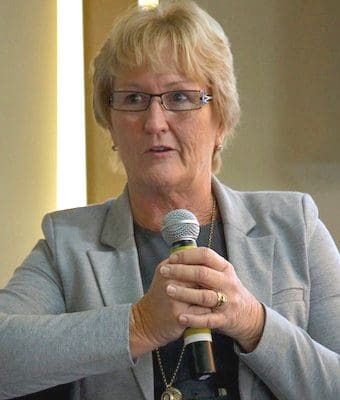 Mrs Schmidt, whose family operates Schmidt Livestock Transport at Charters Towers in the state’s north, has been an executive member on the Livestock and Rural Transporters Association at state and national levels for 35 years. She was the national organisation’s first female president in its 50 years of existence, and is also a former president of the Queensland Livestock Transporters Association.

She was the Australian Trucking Association 2006 National Transport Woman of the Year and was previously inducted into the Gatton and Alice Springs Halls Legends Transport Halls of Fame.

Mrs Schmidt has been described as an icon of the Queensland transport industry, where she and her husband Owen built up their business over 35 years.

The Bondfield’s Palgrove seedstock business was a great example of a highly professional farming operation, judges said. The couple was recognised for their “drive to be not only the biggest – the sheer size of their geographic footprint protects them from drought – but also the best.”

The Bondfields run one of Australia’s largest stud beef operations, based at Dalveen, south of Warwick in Queensland, but covering 10,500ha on five properties across two states.

“The sheer size and influence of the Palgrove business on the Australian beef industry is extraordinary and great examples of what smart, modern farmers are doing,” judges said.

The Bondfields breed and sell 1000 Charolais, Charbray and Ultrablack bulls each year, growing from 50 stud cows 25 years ago to 2300 today.

The next stage of their plan is to build a larger commercial arm to improve economies of scale. 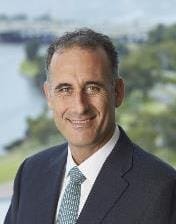 Coles Supermarkets’ parent company, Wesfarmers has announced Rob Scott as its next managing director, succeeding Richard Goyder who will step down towards the end of 2017 after 12 years in the role.

Mr Scott becomes the group’s deputy chief executive officer effective immediately and will join the Board as MD at the conclusion of the 2017 annual general meeting in November.

Wesfarmers Chairman Michael Chaney said Mr Scott, 47, had shown himself to be an outstanding executive, including in key senior roles across the Wesfarmers Group where he had demonstrated his leadership and commercial capability.

Mr Scott started with Wesfarmers in Perth in 1993 before moving into investment banking where he had various roles in corporate finance and mergers and acquisitions in Australia and Asia. He rejoined Wesfarmers in business development in 2004 before being appointed managing director of the Wesfarmers insurance division in 2007 and then finance director of Coles in 2013.

Colorado State University professor of animal sciences and world-renowned autism spokesperson, Temple Grandin, has been named to the US National Women’s Hall of Fame. Grandin is one of only 10 women to receive the prestigious honour this year. A professor of animal sciences for more than 20 years, Grandin has made enormous contributions to the livestock industry, worldwide. Her station, feedlot and meatworks yard designs are widely used in the Australian cattle industry. Well known for her affliction with autism, her condition allows her to think in pictures, and that ability has made her a visionary in her field. Her insights into animal behaviour shaped innovative approaches to livestock handling, including methods and designs for humane slaughter that have become the industry standard.

“Honoring Dr Grandin in this esteemed group of women not only speaks to the power of her research and advocacy, but also her impact as a role model for young women everywhere,” said Colorado State University President Tony Frank.

Early in her career, her determination helped her break into what was a largely male-dominated animal production industry, and she continues to serve as an advocate for women in the sciences, for young people with autism, and for anyone unwilling to let artificial boundaries stand in the way of their personal and professional success.

Dr Grandin’s research, teaching and international consultation on autism, animal behaviour and handling as well as advancing quality standards and assurance in the meat and livestock industries were highlighted in the announcement.

Nominations are now open for the 2017 MINTRAC Meat Industry Training Awards. The awards are a well-established event on the meat industry training calendar and the recognition the awards offer is highly valued by the recipients and the industry.

More information about the awards is available at www.mintrac.com.au or contact Rachel Murrell on 02 9819 6699 or email rmurrell@mintrac.com.au. Nominations close 18 March 2017.

CEOs get behind worthy homeless cause

A number of CEOs and senior executives from companies with connections to the beef industry are taking part in the 2017 OzHarvest CEO CookOff fundraiser event.

The OzHarvest CEO CookOff event held in Sydney, feed and entertains 1100 people in need, while providing an opportunity for CEOs, managing directors and senior business leaders to lead by example in the service to vulnerable Australians. In the lead up to the event participants are expected to raise funds in support of OzHarvest. The project’s collective goal this year is to raise a minimum of $2 million.

At the CEO CookOff the participants are grouped into teams and paired with celebrated chefs from Australia’s top kitchens. Each team prepares a meal under the guidance of their chef and serves it up to the guests – the vulnerable men and women who are members of the OzHarvest family.

Just some of the beef industry-connected names among participating CEOs this year include Tom Wiley from Wiley & Co, Brad Banducci from Woolworths, Andrew Champion from Blue Sky Alternative Investments, and Alexandra Olsson from Olsson’s Salt.

OzHarvest’s purpose to Nourish Our Country through food rescue, nutrition education and hospitality training for disadvantaged youth, and community engagement programs. Click here for details about sponsoring a CEO.

A young cattle breeder with a strong interest in fostering Hereford youth has won the prestigious Most Potential Cattle Breeder award at the 2017 Herefords Northern NSW Youth Show.

Held at Inverell last month, the event drew 108 young cattle handlers, aged from seven to 24 years, from Queensland, NSW and Victoria, and 130 cattle. The show was designed to give young people an opportunity to build their knowledge and understanding of the beef industry.

Lauren Bonnici*, of Uralla, NSW, won a 16-month-old depastured heifer, Yalgoo Irish Maid, donated by the Nivison family, Yalgoo Partnership, Walcha, for her cattle handling skills and industry knowledge. The 23-year-old intends to pursue a career in rural nursing while maintaining an active interest in cattle breeding through her Myanbah Grazing Co.

Miss Bonnici showed a team of seven heifers for Eathorpe Poll Herefords and her own Myanbah Whiteface stud at the youth show.