Crombie to retire from AA Co Board

Long-serving non-executive director David Crombie will retire next month from the Australian Agricultural Co board.

Mr Crombie has served as a director since 2011, sitting on various committees including the Staff and Remuneration, Audit and Risk Management and Nomination Committees. AA Co will continue to benefit from Mr Crombie’s expertise and experience, as he takes on an advisory role in the pastoral area of the business.

In a statement, AA Co chair Don McGauchie thanked Mr Crombie for his dedicated service and the support he had offered the chairman, the board and the publicly listed company over almost eight years.

“With his background in agribusiness, breeding cattle and farming, Mr Crombie has been invaluable to AA Co, and his love of the land and understanding of the beef industry has guided the direction of the company,” Mr McGauchie said.

“He’s been instrumental in helping to develop the branded beef strategy that AA Co is pursuing with its unrivalled ability to produce the highest quality beef at scale.”

A replacement director is expected to be nominated by the board during July’s AA Co annual general meeting. 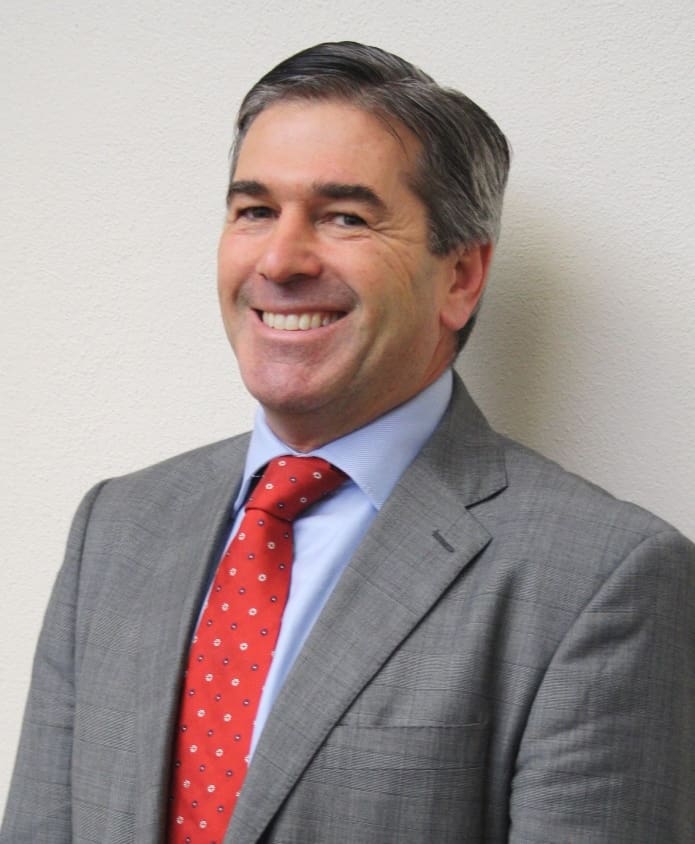 Mr McKillop has held a series of senior executive roles in the Australian agribusiness sector working earlier for Stanbroke, Elders, the Sustainable Agriculture Fund and Clyde Agriculture. Most recently he served as chief executive of Hassad Australia, a Qatari backed sovereign fund which owned 17 rural properties across the country.

His non-executive roles have spanned the Meat & Livestock Australia board, Dairy Australia, Cubbie Cotton, Harvey Beef and the Primary Industries Education Foundation. Mr McKillop is a current board member of both Marcus Oldham College and Dairy Farmers Milk Cooperative.

“We are fortunate to have secured the services of an executive of John’s calibre who has vast sector experience across broad geographies and commodities,” Mr Thomas said. “He can assist us in delivering even better outcomes for our clients and will also play an important role in mentoring the up-and-coming agribusiness professionals in our team.”

Mr Collings has shifted into the agency field after a lengthy career in the animal identification and monitoring field working with Allflex, as national accounts manager and national sales and marketing manager. Prior to that he was Queensland state manager for crop protection company Adama.

Mr Turner is well known in farm finance circles having worked previously with QRIDA in Brisbane.

The Corporation last week launching a new loan product specifically for livestock producers struggling to recover for Northwest Queensland’s February flood event. The specialised AgRebuild loan will join a suite of farm investment and drought finance products already in place through RIC, and other specialised agri start-up loan products to be developed over the next 12 months. Mr Turner will help build awareness and provide guidance among producers seeking to access the low-interest loans. 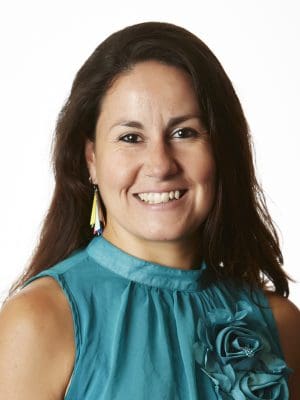 Taking on the position of technical services manager for nutrition is Dr Paula Gonzalez-Rivas, who will bring a wealth of experience in animal nutrition following her previous role as a Research Fellow at the University of Melbourne School of Agriculture and Food.

As an expert in livestock production, Dr Gonzalez-Rivas is a veterinarian from Chile with a Masters in animal studies from the University of Queensland and a PhD in Agricultural Sciences. She brings five years of experience in small and large animal practice in Chile, and six years of experience in research applied to nutrition and heat stress in ruminants.

During her research career, Dr Gonzalez-Rivas conducted cutting edge research into the relationship between nutrition, the environment and livestock production. During her Masters, she studied Northern beef phosphorous deficiency, while in her PhD she focused on heat stress amelioration in ruminants using nutritional approaches.

She then completed a post-doctorate fellowship that explored the effects of heat stress on meat quality in feedlot cattle. With this experience, Dr Gonzalez-Rivas brings world class knowledge relating to the impact of animal nutrition on health and production, particularly during periods of high demand such as joining, calving and weaning, and during challenging environmental conditions.

She will have the opportunity to interact with farmers and veterinarians across the country and provide advice on animal nutrition and the benefits of the company’s MultiMin trace mineral injection, one of its best-known products for immunity, health and fertility.

Dr Julia Crawford is the newly-elected national president of the Australian Veterinarians Association, having served for the past four years on the board. Dr Crawford has a passion for communicating, interacting and exchanging skills and information, and is looking forward to leading the AVA as it continues to advocate for the health and welfare of Australia’s animal industries. 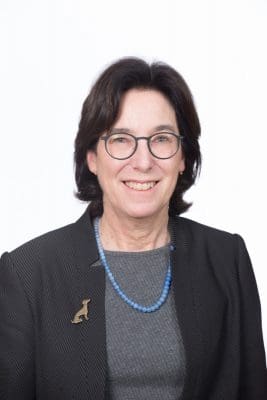 “We have come so far as a profession and association and are in times of rapid social and environmental change. As we approach our centenary, we look forward to promoting and advancing veterinary science in Australia and growing our wonderfully engaged and collegial veterinary community,” she said.

The role that veterinary science played was crucial and it was important that the AVA anticipates the future needs of the profession, Dr Crawford said.

She thanked the AVA’s immediate past-president, Dr Paula Parker, for her leadership, particularly her strong governance and communication skills. Dr Parker will remain on the Board for another two years.

Also leaving the board this year were Drs Chris Reardon and Malcolm McLennan, who both served for many years. New to the board are Drs Bronwyn Orr, Nick Sangster, Warwick Vale and David Petersen.

Mr Rogan has more than 40 years’ experience in southern production systems, including previous roles with NSW and SA Departments of Agriculture, Hassall and Associates and Australian Wool Innovation. With extensive Board experience relating to business, research, development, extension, water and natural resource management, he is well credentialed to provide leadership to SALRC in its important roles to increase efficiency, collaboration and industry outcomes from research, development and extension.

In his role as SALRC chair, Mr Rogan will lead the organisation’s strategic planning initiatives, provide direction to the Council’s regional committee structure, and assist in the collation of RD&E investment priorities on behalf of SALRC’s producer and investor members. In addition he will manage the annual collection and collation of producer research priorities for MLA’s levy-funded project call and join the Red Meat Panel to inform MLA Research, Development and Adoption investments.

Mr Rogan will take over from current chair Angus Hobson, who was eligible for reappointment but chose not to apply for a second term. Transition arrangements between the ingoing and outgoing chair are underway. Mr Hobson was appointed SALRC chair in February 2017, and through the course of his tenure has been instrumental in the council’s growth, and the increased recognition SALRC has achieved throughout the red meat industry.

The council and regional committees are jointly funded through MLA and through investment partners, including state departments, universities and other industry bodies.

Mr Todd has a strong agribusiness background in stock and station and property agency, meat processing and lotfeeding sectors. He has served on the Beef Australia event board in Rockhampton, including terms as treasurer in 2003 and vice chairman in 2006.

The 2019 Ag Institute Australia national student award, one of the most prestigious honours for agricultural science students across the country, has gone to Stephanie MacKillop from NSW. 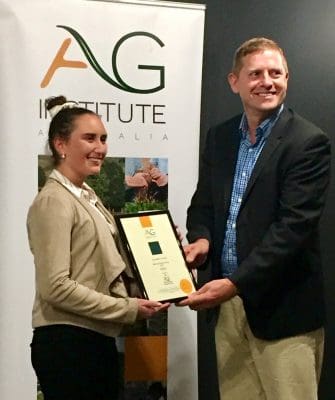 Stephanie, from the University of Sydney, was presented with the AEV Richardson Memorial Award after winning the NSA final in Tasmania recently.

Five outstanding agricultural science students represented their State in the NSA final by presenting their research and findings to attendees at an AIA conference near Launceston. Stephanie also won the People’s Choice Award.

As the AIA Director responsible for Awards, Dr Daniel Tan said the 2019 student awards final showcased why the future of Australian agriculture was in safe hands. This year’s student presentations were on diverse topics including soil science, plant pathology, weed science and entomology.