The High Court handed down a judgment last week that will have undoubted ramifications for the operation models of animal rights groups that rely heavily on illegally obtained video footage for their advertising campaigns.

When people talk about a breach of privacy in Australia, they are more often than not talking about some vague gut instinct – something that they feel in their bones, rather than something that is grounded in law.  Most people are surprised to hear that a general right to privacy does not exist in Australia. 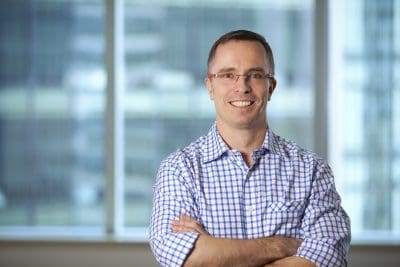 The Privacy Act was introduced in 1998 to promote and protect the privacy of individuals and to regulate how Australian Government agencies and organisations with an annual turnover of more than $3 million, handle personal information.  In summary, the Act primarily deals with data breaches of personal information.

The main case to date relating to covert surveillance by animal rights groups is a High Court decision from 2001, known as ABC v Lenah Game Meats.

Lenah operated a possum meat processing plant in Tasmania and unknown individuals unlawfully entered its premises and installed hidden cameras without their knowledge or consent i.e. the footage was obtained illegally.

The hidden cameras were used to capture footage depicting the possum slaughter process.  The footage was supplied to Animal Liberation Ltd, who passed the footage onto the ABC.

On becoming aware of the ABC’s plans to broadcast the footage, Lenah sought an interlocutory injunction to restrain the broadcast.  While the ABC was not involved in the trespass, it was aware that the footage had been obtained unlawfully.

The High Court found that the mere fact that the footage was obtained improperly in the first place did not taint the use and publication of the film for every other person into whose hands the film may fall.

The High Court confirmed that it has been well established that a cause of action for breach of privacy did not exist in Australia.  An individual’s privacy could be defended by reference to other laws, such as those relating to defamation, nuisance and trespass.

However, four of the six Judges were inclined to the view that, if a new action for the invasion of privacy was developed in Australian law, it should be limited to protection of the privacy of a natural person (as opposed to a company or similar body).

As a result of the Lenah case, it was thought that most video recordings were legal with or without consent (save for the fact that it is generally illegal to film a person in public where there is an expectation of privacy and filming people in an intimate context is illegal, unless express permission is granted).

The High Court had reason to again consider the legality of covert surveillance, and the potential admissibility of the footage in subsequent court proceedings, in its recent decision of Kadir.

The case concerned animal cruelty charges relating to the alleged use of rabbits as ‘live bait’ in training greyhounds at Mr Kadir’s NSW property.

The recordings were made by a photographer that was acting on behalf of, and paid by, Animals Australia.  Kadir wished to exclude the seven video surveillance recordings from the evidence available to the prosecution at his trial.

Kadir sought to rely on section 138(1) of the Evidence Act 1995 (NSW), which relevantly holds that evidence that is obtained improperly or in contravention of an Australian law, is not to be admitted unless on balance it is desirable to be admitted.

For clarity, the DPP conceded at the outset that the surveillance evidence from Kadir’s property had been obtained illegally as a result of a trespass.

The High Court determined that there had been repeated, deliberate breaches of the Surveillance Device Act 2007 (NSW) without any attempt having been made to approach the authorities (namely, the RSPCA or the police) to conduct a lawful investigation

The High Court, amongst other things, unanimously held that the ‘demonstration of the difficulty of obtaining evidence of the commission of acts of animal cruelty lawfully at Kadir’s property did not weigh in favour of admitting evidence obtained in deliberate defiance of the law’.

The Court stated that there is a balancing act in relation to the desirable goal of convicting wrongdoers against the undesirable effect of giving court approval or encouragement to the unlawful conduct of bodies that are not subject to any form of legislative or executive oversight.

It was noted that the balancing of competing public interests will vary depending upon the circumstances and facts of each case.  In a case in which action is taken, in circumstances of urgency in order to preserve evidence from loss or destruction, it is possible that a court may weigh in favour of admission, notwithstanding that the conduct involves deliberate impropriety or illegality.  No such urgency was apparent in this case.

In summary, the Court has determined that a deliberate cutting of corners will support the exclusion of evidence that is obtained illegally, particularly from a deterrence perspective.

As outlined above, an evidentiary determination of this type will turn on the facts of each case, but this ruling will certainly cause animal rights groups to reconsider their covert surveillance tactics, as the court has set a high bar for them to hurdle in the future.
Special Counsel Trent Thorne is the co leader of co-leader of McCullough Robertson’s Food and Agribusiness group and the immediate past president of the Rural Press Club of Queensland.