Wading through decades of nutrition research led orthopedic surgeon Gary Fettke and his wife Belinda to discover how health concerns over meat consumption have been falsified by statistical manipulation, misinformation, and biased promotion, and underlined the propaganda war designed to create a fear of meat and  drive its replacement with highly processed plant products. Dr Fettke outlined the outcomes of their extensive research in his opening statement to the Senate Inquiry into definitions of meat and other foods earlier this week, which appears in full below. 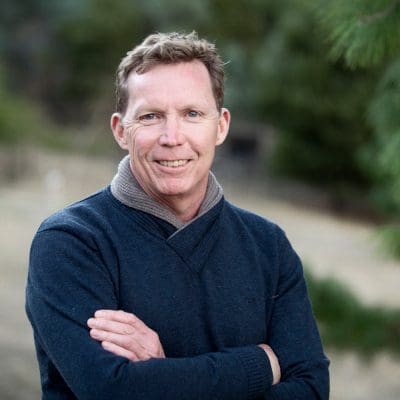 THE 1970’s saw the blame pointed at saturated fat and the introduction of low fat, sugary processed foods.

That was a health disaster.

We cannot repeat that with the demonisation of meat and replacement with more highly processed and fortified foods.

The origin of commercial meat alternatives is a fascinating topic. Religious Ideology should not become the rationale for a scientific discussion on nutrition.

Yet it has shaped the entire topic of meat substitutes for over a century.

I am an Orthopedic surgeon and have been promoting nutrition as a preventative health measure for nearly 30 years.

For many years, the complications of type 2 Diabetes left me amputating bits of toes, feet, and even lower limbs, every week. I was simply band aiding sick-care…

I looked at my patients’ diet, and the national dietary guidelines, especially whilst they were in the public hospital system. It turns out it was a sugary, highly processed menu on offer with very little in the way of animal protein… and… animal fats being pretty much non-existent. My patients’ blood glucose levels were uncontrolled – necessitating more and more medication and surgery. It didn’t make sense.

Wading through decades of nutrition research led me to discover the health concerns over meat consumption have been falsified by statistical manipulation, misinformation, and biased promotion.

Recognising this creates an understanding of how and why ‘alternative meats’, either ‘plant-based’ or ‘manufactured’, have become a growing commercial enterprise.

Market opportunities hinge on creating a fear of ‘meat’, and the branding of meat substitutes as safer for the consumer and planetary health. This has become a massive media and propaganda ‘war’.

Incredibly, and unexpectedly, how we understand and interpret the ‘definition of meat and other animal products’ has been heavily influenced by religious ideology over the last century, and particularly here in Australia since 1897…  Sanitarium was founded that year to; – “supply the people with food which will take the place of flesh meat, and also milk and butter” as a way to win souls.

It was based on Kellogg’s successful commercial model in the US. Ellen G White, the Seventh-day Adventist Church founder set up Sanitarium in Australia as wholly owned by the Church to promote her health reform message, given in Vision from God. She is quoted as saying “A religious life can be more successfully gained, and maintained, if meat is discarded, for this diet stimulates lustful propensities, and enfeebles the moral and spiritual nature.”

The Seventh-day Adventist Church and its members largely started the breakfast cereal, soymilk, and ‘meat’ analogue industries of the world. The vegan model of ‘fruits, nuts and seeds being God’s chosen diet’ meant that the development, promotion and ‘research to prove’ the benefits of a plant-based diet have infiltrated medical education and dietary guidelines as far back as 1917.

Currently, the Church owns 20 food industries world-wide producing more than 2,000 products – all meat and dairy substitutes. In Australia, Sanitarium, Life Health Foods and the Alternative Meat and Dairy Companies, come under the Church’s charity status and as such, pay no income tax.

Sanitarium provides free nutrition education to health professionals, conducting and publishing research to promote the health benefits of plant foods. They have partnered and sponsor major Associations over the years including Dietitians Australia, all the while promoting their brand awareness with commercial benefits.

Sanitarium provided a central role in writing the algorithm for the Australian Health Star Rating system, favouring processed foods, and pushing the anti-meat agenda indirectly by scoring against saturated fat. That algorithm supports Sanitarium’s business model and the Church’s teachings to every Australian.

The supposed health and environmental benefits of plant and manufactured meat alternatives has not been established. The claims by others on the cancer and heart disease causing effects by red meat are disingenuous. This is discussed in our submission.

Animal based foods, particularly when eaten from tip to tail, are nutritionally complete.

Plant-based foods are nutritionally incomplete, with poor bioavailability of protein, and requiring fortification.

Let us advocate for whole foods. Let us not repeat the health disaster of the 1970’s.