As we strive to promote and protect our industry, we cannot deny that there are people putting it at risk. 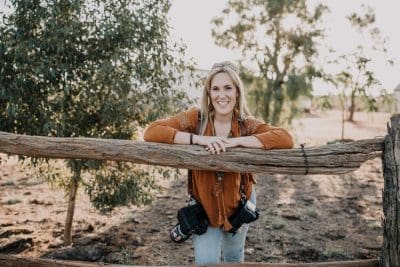 I am not talking about animal activists, but people within our very industry.

Too often I see our own people using social media to inadvertently undermine the hard work that others in our industry do.

Photos and videos of cattle injured, bogged, tied up, jumping rails, husbandry procedures being carried out incorrectly; captions and comments referring to cattle as “sluts” and worse.

I have an album on my phone labelled “Idiots”, where I collect screenshots of people posting photos, videos and comments that honestly make me shake my head and wonder what they were thinking.

How did we get here?

It wasn’t that long ago that we would take our photos with a camera, have the film developed, and said photos would go into an album. A roll of film had limited usage, so a higher level of thought and intent was put into each picture.

These days photos and videos can be shared instantly, with the entire world. We are only limited by the storage capacity on our device, which can be cleared with a tap of our finger.

Many people use smartphones as an alarm to wake up in the morning, as a torch, or a music storage device. It is then put in their back pocket and taken to work.

I don’t think it is unreasonable for a someone to expect to carry their mobile phone on their person throughout the work day, whether or not they have access to mobile coverage.

Furthermore I do not think it is unreasonable for someone to expect to be allowed to capture photographs and videos of their work – particularly when you work in an industry that offers incredible scenery and experiences which so many others don’t get to experience.

While the use of smartphones, cameras, and social media has come up for discussion in industry, a coordinated approach has yet to be adopted, and as such our industry remains vulnerable.

You may think that our priority should be to restrict the ability for people to take photo and video footage, to prevent them uploading something harmful to the business and/or broader industry. However, that’s not where I think our focus needs to be, at least not first.

Actions speak louder than words. It’s one thing to promote the good work many in our industry do, but we can’t pretend that there aren’t people out there treating country, animals and people poorly.

An email I received just last year put it like this:

“When I joined this industry I thought I’d see a proactive industry demonstrating land and natural resource stewardship, or at least taking steps towards it. The reality is I do not see that across the board in my work. I see stations forced to destock after only one dry season due to over stocking. Wet and pregnant cows not fed lick until it’s too late in the season to be of any help to them, or not fed lick at all. Huge problems with erosion, large-scale land degradation (scalding) and invasive weeds on major waterways, with little to no action taken from management to curb it. I see paddocks flogged back to the dirt, minimal use of spelling and no regular burning to reduce woody thickening in paddocks. Natural springs left unfenced leaving cattle to destroy the banks and eat everything within 2km of the water. These are just a few examples.”

It’s up to us to do better. To take responsibility for our people and how we train them. To do everything we can to ensure they won’t be engaging in poor practices which could result in a negative outcome (even if it isn’t publicised). There are so many great initiatives in this industry, and so much great work being done – but we can’t deny that we still have a lot of room for improvement.

It’s not just a matter of telling someone to remove the content, but the actual issue of doing the wrong thing needs to be addressed.

No one should be able to capture footage of someone mistreating an animal, or any sort of poor practice, because it just shouldn’t be done in the first place. This includes the use of foul and derogatory language against animals. You can bet your bottom dollar that if I see someone using poor language online, I will either pull them up on it and/or make their manager aware (cue everyone blocking me on Facebook now!).

B) Photo/video footage which could be mis-interpreted – Things happen: animals lose condition, get bogged, dehorned and castrated. Animals get caught, bullstraps get used. Cattle charge people. There’s a reason behind everything that happens, but more often than not it’s not representative of commonplace practice and how the industry operates.

There’s a lot more to it, but people need to be educated to assess content before publishing. Stop and think – what are you trying to achieve by publishing this content? Is this content demonstrating the standards that industry operates by, and wants to progress toward, or is it showing our weaknesses and what we’re trying to move away from? How is publishing this content contributing to the success and sustainability of the pastoral industry?

C) All persons should be empowered to speak up if they think someone is doing the wrong thing, and they should be able to do it respectfully.

If you see someone either participating in poor practice, or recording something which can be detrimental to industry, you should be able to call it out without copping flak or being ostracised. But, that is not the case all too often, and speaks to the need for a culture shift within industry.

There are so many good stories coming out of this industry. But, each day, someone, somewhere, either does the wrong thing, or makes a poor choice.

Having a social media and/or mobile phones policy is insufficient. If staff are educated to a) do the right thing, and b) identify risky content, then why can’t they join in on advocating for our industry?

Let’s help them to help us, not hurt us.

So, I put the challenge out to everyone working in the pastoral industry for 2021 – what will do you differently? Can you level up your social media activity to contribute to this industry’s success, not its failure?