Opinion: Indonesia’s presidency, and democracy, on a knife edge 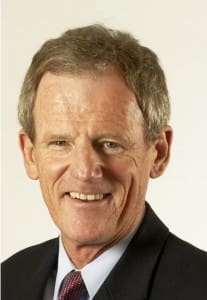 Ross B. Taylor AM, is the president of the WA-based Indonesia Institute Inc.

Until a few weeks ago, the most likely successor was tipped to be a small-scale businessman from Java, turned governor of Jakarta, Joko Widodo. ‘Jokowi’ as he is affectionately known, is seen as a moderate and whilst tipped to be far more domestically focused than his predecessor – who has held great affection for Australia – is considered a candidate that Australia could work comfortably with.

Not so his main rival who, with the support of big money and a slick election campaign, is making a late run for the presidency of the world’s third largest democracy and home to over 240 million people; mostly of the Islamic faith. Prabowo Subianto (63) is suddenly looking a ‘good bet’ in winning the presidency from under the nose of ‘Jokowi’ and the implications are both significant and worrying for Australia.

So why the sudden change of fortunes, what are the implications for Australia-Indonesia relations, and more importantly the stability of our region?

The ‘Jokowi’ presidential campaign has been disastrous due to poor and disorganised planning and strategy, combined with the perception that he would be a puppet of his party leader, and former president, Megawati Sukarnoputri.

Meanwhile, the Prabowo campaign has been slick, well executed and has the backing of ‘significant money’ and support from a number of leading media moguls who see ‘value’ in having the former military strongman elected. Already Jakarta is rife with rumours that the extremely wealthy Aburizal Bakrie, chairman of one of the nation’s largest political parties (Golkar), and owner of large media and mining interests throughout the archipelago, has poured huge money into the Probowo campaign in return for support for his mining interests should he be elected.

The two candidates are now ‘neck-and-neck’ as tomorrow’s election nears.

Probowo presents some unique challenges and concerns for Australia, the USA and also countries such as China. So who is Prabowo Subianto and what is he really like?

The good news is that he is ‘very western’ and having spent much of his formative years in Europe, Probowo is very comfortable in dealing with western nations and speaks fluent English. He is also charming, intelligent and very strategic in his approach. These are all good qualities for a potential president.

Prabowo is currently banned from entering the USA as a result of his alleged involvement in human rights abuses whilst serving as commander in the Indonesian armed forces under the former dictator President Suharto. Probowo’s record contains allegations of involvement in atrocities including the ‘Ninja gangs’ that ran ‘operation eradicate’ in East Timor in the 1990’s, the massacre of villagers in Papua in 1996, and during the overthrow of Suharto in 1998, the abduction and torture of activists.

Underneath this charming exterior, is a man who is very nationalistic, and who can be extremely ruthless, has a very short temper and is impulsive at times in his decision-making.

He also continues to work closely with the current military leadership, and holds views about democracy that maybe an indicator of things to come. In a recent political speech, Prabowo stated that Indonesia had been ‘over influenced by western-style democracy’, and that a more ‘decisive’ style would be more suited to this huge nation.

A number of influential people within Indonesia actually agree with his approach and many of the nation’s village or ‘kampung’ people also long for what they call a return to the good old days of Suharto’s rigid discipline in running the country. “People would never steal my chickens when Pak (Mr) Suharto was in charge”, argued my former driver from his village near Jakarta.

Stolen chickens may be an issue, but a far greater challenge for village people and the broader community will be Indonesia’s economy. Currently it is growing at around 5-6pc. It’s not enough to provide the jobs and opportunity for the number of young people coming through the dysfunctional education system. Furthermore, Indonesia’s infrastructure is in desperate need of upgrading. Roads are jammed, ports are inefficient and communications such as internet is below international standards for a nation needing to increase productivity and output.

Both candidates have raised the issue of protecting Indonesia’s agriculture sector from overseas interests. More than 45 million people work in this sector, but it generally operates at a subsistence level with much of the produce not even making it to market due to poor practices and the infrastructure problems to which I have already referred. It is an industry in which Australia could form significant partnerships given our knowledge and best practices, and no better example exists than with the live cattle exports where both countries have already developed close relationships and opportunities that will result in a ‘win-win’ for both Indonesian consumers and Australian beef exporters. Nationalism and narrow thinking may yet prevent this sector realising its potential; and being able to feed its people.

Meanwhile, it is questionable as to how Prabowo’s style, if elected, would suit Australia politically, and in particular the issue of boat turn-backs. Mr Abbott has been successful in turning back asylum seekers toIndonesia because he knew Australia could get away with such a policy. And he was right. But what will soon become clear is that under Probowo (and to a lesser extent, ‘Jokowi’) such strategies may be challenged far more vigorously, particularly if it suits a nationalistic agenda by a new president.

Australia will not be the only regional neighbour to worry about a Probowo presidency. China, perhaps surprisingly, will also share some concerns given Probowo’s appalling treatment of ethnic Chinese in Indonesia, and also his strong stance on the protection of Indonesian territorial waters including the disputed seas around the Natuna Islands.

So whether we see a ‘Jokowi’ presidency, or Prabowo ‘steals’ the leadership away at the last minute, the Indonesia relationship with Australia is about to change. If Probowo does win, and he may just do so, our best hope will be for a ‘guided democracy’ for Indonesia similar to the style of Singapore’s former Prime Minister Lee Kwan Yew; but without the efficiency or honesty.

But more likely, Prabowo would prefer his style to mirror that of another powerful and strong leader: Vladimir Putin; the only difference being that the Indonesian president would be living on Australia’s doorstep.

Ross B. Taylor AM, is the president of the WA-based Indonesia Institute (Inc)