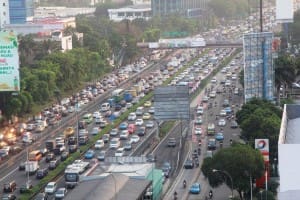 The Indonesian Electoral Commission has now confirmed that the Jakarta Governor and former small-scale businessman, Joko Widodo will be Indonesia’s next president. He will be sworn in on October 20.

The announcement came as the only other candidate, former Suharto army general, Prabowo Subianto, dramatically quit only hours before the formal election result was announced.

Despite the withdrawal of Prabowo, in choosing Joko Widodo (or ‘Jokowi’ as he is known), with the final vote at 53pc-47pc, Indonesians have chosen a continuance of true democracy for their country of 240 million people and resisted the temptation to revert to a more authoritarian rule.

Whilst the result is a good outcome for Indonesia and the region including Australia, it must be remembered that 47% of Indonesian voters actually voted for Prabowo to lead their country. This is of some concern and will place enormous pressure on the new president with nearly half the nation wanting a more authoritarian leadership – along with what Melbourne University’s Professor Tim Lindsey calls ‘patrimonialism and cronyism’ – and the other half (who voted for Jokowi) with very high and immediate expectations of the new president, including stamping out corruption and improved living standards.

Jokowi’s running mate and incoming vice-president, Jusuf Kalla will be critical in developing a successful Jokowi presidency. Kalla has held the national vice-presidency before, and has wide experience in international affairs and business, so they should complement each other well as our northern neighbour seeks to address a number of major social and economic issues including education, communication, health, food, energy and importantly, infrastructure.

With 100 million people still living in poverty and some 20 million Indonesians classified as malnourished, the challenges are large. Australia can help, whilst opening opportunities for our own country through the development of partnerships with Indonesian companies, agencies and NGO’s.

The appointment of Indonesia’s new foreign minister will be watched by the Abbott government closely. Jokowi may be tempted to keep the incumbent, Dr. Marty Natalegawa, in the job, although this is not a sure bet. The new president may prefer to cut all links with the outgoing president, Susilo Bambang Yudhoyono, in which case we will find ourselves dealing with a new foreign minister on issues such as boat turn-backs, renewed terrorism threats and the rise of China in the region.

Meanwhile, the defeated candidate, Prabowo Subianto threatens to create a period of instability as he moves to appeal the formal count. His ‘friends’ will also be less than happy with this result and with considerable leverage within the national parliament, they appear set to continue the ‘black’ campaign to destabilize the new leader.

The presidential election should however, be seen as a major win for democracy. Creating a democracy is one thing; keeping it alive and vibrant is quite another. Whilst Indonesians look at the disintegration of the democratic dream in the ‘Arab Spring’ countries, they can take considerable pride in pointing out that this sprawling archipelago, with so many ethnic and religious groups, has quietly held onto its democratic principles and structure.

And that’s good for Indonesia, Australia and what is at present, a very fragile world.