Opinion: How ‘Kanganomics’ skips the facts 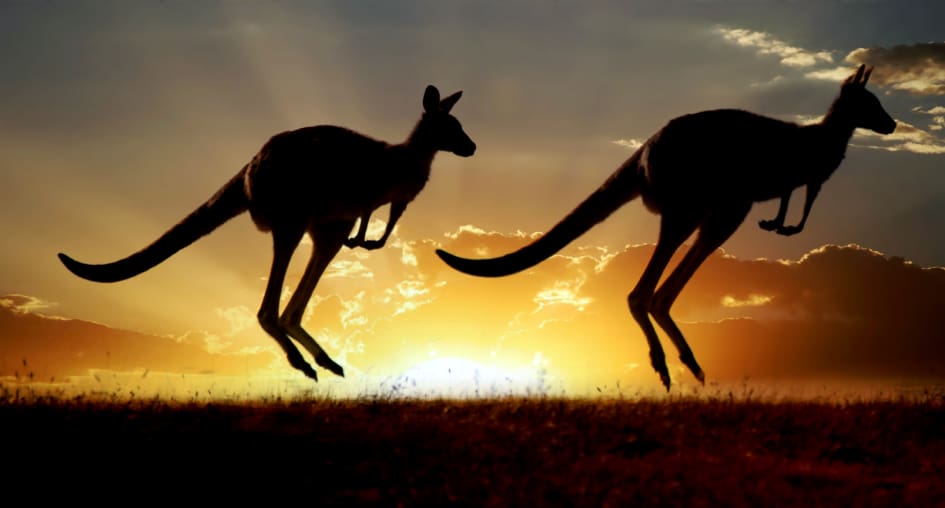 Last week The Conversation website published an article (1) that had many on the conservative side of politics shaking our heads in disbelief and again wondering who, if anyone, could be fooled by such a fantastic list of incorrect claims and mistruths about the kangaroo industry and, more broadly, rural Australia.

Titled, “Kanganomics: it’s not worth killing kangaroos,” the article argued that Australia should not pursue a kangaroo meat and hide industry because it threatens the future sustainability of the animal numbers and wider ecosystem.

In an effort to bolster their claim that kangaroos are at risk of decline, the authors employ an inadequate methodology for data collection of kangaroo populations and harvests.

The most prominent is the authors’ claims that despite the Macropodidae family being critical to ecosystem health in Australia, there were 1.61 million adult kangaroos killed in 2012.

The authors choose not to provide any context to this figure, notably that annual harvest quotas are set by state conservation agencies and are generally limited to around 15 per cent of the estimated population in the harvested areas.

Despite this, the actual number of harvested kangaroos have very rarely reached the available quota.

The data available from the Federal Department of Environment (2) clearly shows that in 2012 aerial and ground surveys of kangaroo species available for commercial harvesting (Red Kangaroo, Eastern grey Kangaroo, Western grey Kangaroo and the Euro/Wallaroo) estimated the total population to be about 39.5 million nationwide.

In the same year, the commercial harvest number across Australia was 5.25 million.

This brings me to my second major issue the authors of ‘Kanganomics” have chosen to overlook in their paper – the long-standing protocols, supported by Federal and State Governments as well as industry, to ensure kangaroo harvests are sustainable and do not endanger long term kangaroo populations.

Instead of rational arguments, the authors use extreme and absurd statements that only jeopardise their intellectual integrity.

Referring to the Federal Government’s efforts to grow kangaroo exports, the authors state: “If we truly wanted to expand jobs at any cost, we could expand the whaling or sealing industry, overfish our endangered marine species.”

This offensive statement ignores the fact that Australia has legislation stopping the harvesting of seals and whales because these animals are endangered and through these legal frameworks we provide genuine attempts to protect the environment.

Kangaroos, however, are not at threat of extinction, nor are they facing terminal decline.

This fact is supported by more than three decades of available and reliable data, which shows the harvest quota is always well below actual population estimates and the actual quota levels have almost never been met. The kangaroo meat and hide industry has long been forced to battle against the boisterous yet unfounded claims that kangaroos are somehow at risk of extinction.

This is despite there being no population data to support this point. (4)

Instead, there has been decades of sound, sustainable management that has been consistently confirmed by multiple kangaroo management reviews, carried out by independent scientists. (4)

Academic studies into the industry have concluded that if the kangaroo industry were able to expand it could increase rural productivity, leading to more effective harvesting as well as support for the livestock industries by reducing grazing pressures, especially during drought conditions. (3)

Regrettably, the authors of ‘Kanganomics’ do not provide any mention of such reviews and instead concluded with the argument to focus on the apparent ‘external costs’ that rural industry somehow owes the environmental movement.

According to the definition provided by the authors, “an external cost occurs when producing or consuming a good or service imposes a cost upon a third party.”

The authors qualify this statement with the claim that “commercial harvesting of kangaroos creates an external cost on anyone concerned with conservation and animal protection or anyone who feels an obligation to protect these iconic species.”

To claim that somehow graziers must pay an ‘external cost’ to conservationists or animal protection groups could only be valid if you accept that kangaroo populations are at risk, kangaroos are the property of the landholder and kangaroos do not force cost burdens onto the landholder’s business.

Again, the authors fail to grasp the reality of the kangaroo industry across rural industry or provide any supporting evidence to justify their call for compensation for any ‘external cost.’

There is overwhelming academic and anecdotal evidence to prove landholders carry the huge financial burden from kangaroos on their properties without personal benefit.

Landholders don’t capture any benefits from the kangaroos because the animals move from property to property. (3)

Instead, kangaroos impose a significant burden on the landscape, especially through grazing pressure.

According to Rural Industries Research and Development Corporation, a very conservative economic assessment of kangaroo population impact shows an annual cost of A$ 104 million to landholders.

This limits the amount of value-creating livestock that could be run in a paddock, which is a definite landholder cost the authors of this paper do not ascribe to kangaroos in their economic accounting.

Most landholders would prefer to not have kangaroos on their properties and many spend large amount of money to fence them out.

Yet despite the significant burdens kangaroos place on rural industry, as we have demonstrated, there are regulatory frameworks that are maintained to ensure kangaroos are harvested at sustainable numbers.

The tussle among green groups for the media spotlight and the finite not-for-profit dollar has transformed the environment movement into a genuine three-ring circus.

Just like the adage about fools and fooling the people, green groups have taken tricks from the play book of that great trickster and circus master, P. T. Barnum.

The Greens long ago learnt Barnum’s secret — you can say almost anything to the people with the knowledge that someone is eventually going to believe it.

Kangaroos are an easy target for environmental groups on a fundraising drive.

I could walk down the main shopping centre in any capital city dressed in a fluffy kangaroo costume and claim to be raising money to ‘Save Skippy’ and I’d be sure to fill my bucket with donations in a matter of hours.

For animal rights activists to suggest that all levels of government would actively work with the rural sector to recklessly destroy an iconic animal without any consideration for the consequences beyond profit only demonstrates the level of extremity their movement has reached in the quest for publicity.

Simply put, these claims are not supported by either the quantitative data collected each year or the anecdotal information across the bush.

At a time when there is a national debate about the editorial integrity of taxpayer funded news and information sources, it is disappointing that a political pamphlet masquerading as a research paper could be so recklessly published by two of our universities.

According to The Conversation website, the research for the ‘Kanganomics’ article was partially funded by the International Fund for Animal Welfare, which has a clear political agenda and can be selective about its use of facts and data in order to argue its case.

When it is clear there are false claims, they must not go unchallenged.

In 2014, RIRDC studied public perceptions to improve the humaneness of commercial kangaroo harvesting. (5)

The sample comprised 1050 participants (49 per cent male, 51 per cent female) with ages ranging from 18 to 89 years. Sixty seven per cent described their current residential circumstances as residing in a metropolitan area of a major city (over 100,000 people). (5)

The final report concluded that respondents believed if kangaroos are to be killed, it should be done by a professional shooter and the carcass should be used. (5)

It found that the respondents believed commercial harvesting is an acceptable form of kangaroo management, as long as it is done by professional and skilled shooters with the suffering of kangaroos minimised and the most humane methods employed. (5)

This report provides hope that solid facts and figures, which are explained by industry and government, can gradually dispel the myths and mistruths of the environmental movement.

It demonstrates the Australian people can see beyond the white noise of fringe activists.