In this contributed opinion article Cattle Producers Australia chair Paul Wright says Cattle Council Australia’s move to a fully directly elected board is a step in the right direction, but says giving each state the same represention on the board is fundamentally flawed.

The Chair of Cattle Producers Australia Limited (CPA) Dr Paul Wright welcomes the announcement by Cattle Council Australia (CCA) recognising the need to move to a fully elected board for cattle industry representation. 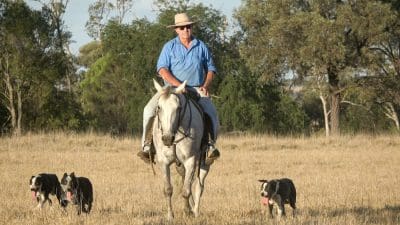 The announcement by CCA does not specify who the voters for a directly elected board would be. CPA presumes that CCA means that levy-paying grass-fed cattle producers from each State may stand for election and that those who vote will be grass-fed cattle transaction levy paying producers.

“This is the representation that is needed for the beef industry sector,” Dr Wright said. “If the vote is restricted to State Farm Organisations (SFOs) members then, given the small percentage of grass-fed cattle producers that are members of SFO’s the outcome would not provide true representation for all of Australia’s grass-fed cattle producers.”

“The CCA concept of each Australian State and the Northern Territory electing one person onto a seven person grass-fed cattle producer Peak Industry Council board is however fundamentally flawed.

“Meat and Livestock Australia (MLA) published 2016/17 figures showed that Queensland had 11.1 million head of cattle and Tasmania 700,000 So it is difficult to understand why Tasmania should have the same number of representatives on the Peak industry Council board as Queensland.”

This has been enshrined in CPA’s constitution. Furthermore, CCA specified a 7 person board directly elected by Australia’s grass-fed cattle transaction levy payers from those 15 Policy Advisory Counsellors as is also reflected in CPA’s Constitution.

Dr Wright said, “This structure provided Queensland with 4 of the 15 Policy Advisory Councillors and Tasmania 1.“

“It is difficult to understand why CCA does not adopt the directly elected structure that they helped devise in 2015 and promulgated to the grass-fed cattle producer industry and government for the next three years.”

CPA considers CCA’s announcement that it again supports a directly elected representative structure is a step in the right direction and will advise CCA that CPA remains ready for talks on this issue.

“This should happen soon because the time for the implementation of the reforms to the current red meat industry organisational structures is now “Dr Wright said.

The Red Meat MOU Review is currently underway with almost all industry submissions to that Review calling for substantial changes.

There is common ground amongst the red meat industry sectors for the need to provide adequate funding to the Peak Industry Councils to carry out their functions and to gain adequate control and direction over the expenditure of their respective sector’s levies. There also appears to be common ground for the need for a restructured refocussed Red Meat Advisory Council (RMAC) to advocate on behalf of the whole of the red meat industry in areas of common commercial interest.