Case for a national Royalties for Regions program is obvious: O’Sullivan 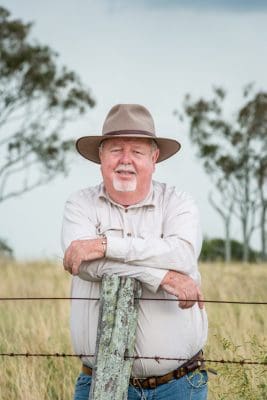 While I might have been a politician for only three years, I have been a businessman for 30 years and one thing I fully understand is that nothing happens without sufficient access to capital.

The best laid plans in business can quickly come to a screeching halt if you cannot access the money required to deliver on your proposals and promises.

While it sometimes does not appear to be the case, running a government is not too different.

The success of a government’s public policy can only be as successful as the strength of the economy it shapes.

It’s no secret that the Australian Government currently finds itself in a tough fiscal position.

The spoils of the mining boom, much of it set aside during the Howard era, were heavy-handedly wasted by successive governments until we now find ourselves in a position where we have a national net debt exceeding $300 billion.

Our economy is growing faster than every G7 economy other than the United Kingdom.

And while our economy still grew by an encouraging 1.8 per cent through the year, real GDP contracted by 0.5 per cent in the September quarter.

Once again this all demonstrates that economic growth in Australia or anywhere in the world cannot be taken for granted.

It has led to many of us in government digging through the budget papers with a fine tooth comb, searching for waste and looking for opportunities to deliver more effective public policy.

Whether it be the crackdown on corporate tax avoidance, the much debated backpacker tax or the significant review of all welfare payments, the Federal Government is committed to getting expenditure under control and ensuring every taxpayer dollar is spent efficiently.

The latest initiative in these crucial efforts is the review into the operation of the Petroleum Resource Rent Tax (PRRT), crude oil excise and associated Commonwealth royalties, announced by Treasurer Scott Morrison in parliament last week.

The review will consider the level of Commonwealth oil and gas taxes and royalties such as the Petroleum Resource Rent Tax (PRRT), whether these taxes are operating as intended and whether there is a need to ensure they provide a more equitable return to the Australian community, without discouraging investment in exploration and development.

I firmly believe any discussion about an equitable return to the Australian community must place regional, rural and remote Australians firmly at the centre.

And I also believe such a discussion should consider whether the PRRT provides an opportunity to introduce a national “royalties for regions” program, delivered by the Federal Government.

Firstly, let us consider the sheer amount of money that is being discussed through this review.

According to Treasury estimates, Australia will receive $800 million this financial year for 100 billion cubic metres of LNG – leaving its shores.

The most recent budget papers show that government receipts from PRRT have halved in the past few years following the collapse in oil prices from more than $US100 a barrel to less than $US50 a barrel.

Gas export prices – which are closely linked to the price of oil – have also plunged, tumbling from $US15 a gigajoule to $US7.

Despite these setbacks, the long term outlook is positive.

Australian exports of liquefied natural gas (LNG) are expected to pick up substantially in the coming years as a number of large-scale LNG projects begin production.

This follows investment of approximately $200 billion – equivalent to around 12 per cent of annual Australian GDP – which was largely in response to increased Asian demand for LNG.

In value terms, LNG is expected to become Australia’s second largest commodity export (after iron ore) by 2018, with the bulk of these exports destined for Asian markets.

To provide a comparison of just how increasingly significant the LNG sector will be to the Australian balance books, consider that our nation is projected to replace Qatar as the world’s biggest LNG exporter by 2020.

Qatar current plays a critical role in international energy markets and its government earns a significant amount of revenue from its own taxation of LNG exploration, development and extraction.

Petroleum and liquefied natural gas are the cornerstones of Qatar’s economy and account for more than 70% of total government revenue.

Qatar will receive $26.6 billion from its LNG sector this financial year.

The case for a national royalties for regions program

Secondly, the business case for a national royalties for regions program is obvious.

To take advantage of opportunities arising from the growing Asian middle class, Australia and its agriculture sector will need to refine its approach to financing and funding infrastructure.

Growth in our international trade is expected to double the road freight task, triple the shipping task and quadruple the rail and air freight task into the coming decades.

As well as external drivers, significant changes within Australia will shape our future economy.

To attract the best graduates and retail skilled workers, rural and regional Australia will need a fairer slice of the income generated in this nation.

We require a slice that reflects the significant contribution our rural areas make to our national GDP.

We know that investing in innovation and infrastructure is paramount to the future success of our regions.

The right infrastructure, used in the right way, increases productivity and profitability.

We need to ensure we have the energy, water and telecommunications infrastructure required for production, and the transport infrastructure to move the product to market.

This requires a stronger acknowledgement from all governments that the people of rural and regional Australia deserve a reasonable and constant portion of the profits from resources that are extracted from our paddocks and bushlands to return to these areas.

Our rural communities make the sacrifices that allow resource activity to grow and prosper.

It is only fair and reasonable that our rural and regional communities should expect some portion of the profits in return.

The vision of West Australian Nationals leader Brendon Grylls to deliver a royalties for regions program in his home state has seen $6.1 billion of the State’s mining and onshore petroleum royalties awarded to more than 3,600 projects and programs across farming communities in less than a decade.

The federal review of the Petroleum Resource Rent Tax (PRRT), crude oil excise and associated Commonwealth royalties is an opportunity to start a national conversation about the growing needs of rural and regional Australians.

I firmly believe it is a once in a generation opportunity to push for a royalties for regions program that will allow our communities to seize the enormous export growth in Asia, improve the liveability of our towns and build a more prosperous future for our families.

And I look forward to speaking with community leaders across rural Australia and encouraging them to make a submission to this important federal review.

The review will be led by independent expert Michael Callaghan AM, with the support of a Secretariat within Commonwealth Treasury.

The review will invite submissions from the public and report back to the Government by April 2017 with its recommendations.