THE High Court of Australia has provided some overdue guidance in relation to whether animal rights activists are entitled to use hidden cameras to expose alleged cruelty on farms and other facilities in NSW.

The case was instituted by an animal rights group, Farm Transparency International, and their director, Chris Delforce. 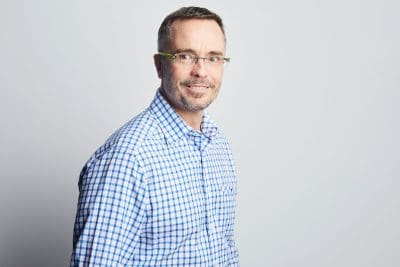 Mr Delforce is a high-profile animal rights activist, who has been part of a lengthy crusade targeting alleged animal welfare issues in agricultural operations.

Mr Delforce was also the former director of Aussie Farms, the group that released a map disclosing the locations of Australian farming operations.  Aussie Farms was ultimately stripped of its charity status by the Australian Charities and Not-for-profits Commission (ACNC) following complaints and a referral from the then federal government, which accused Aussie Farms of encouraging vigilantism and trespassing.

The facts of the case concerned the communication or publication of unlawfully obtained video recordings by trespassers on farms (and those complicit in the trespass) under the NSW Surveillance Devices Act.

Farm Transparency sought to continue to publish video recordings that allegedly showed animal cruelty practices without the burdens imposed by the Act.

The objects of the NSW Act are, amongst other things, ‘to ensure that the privacy of individuals is not unnecessarily impinged upon by providing strict requirements around the installation, use and maintenance of surveillance devices.’

The question before the High Court was a broad one, namely whether the blanket prohibition on publishing or communicating information exclusively obtained from a trespass was unconstitutional on the ground that it infringed the implied freedom of political communication (which is a constitutional limit upon legislative power to constrain the liberty of the people to communicate on government or political matters).

The NSW government argued that the relevant sections of the Surveillance Devices Act were reasonable and necessary to protect farmers’ right to privacy and safety.  In this regard, Counsel acting for the NSW government noted that:

between 2014 and 2019, there had been a 27 per cent increase in the number of recorded incidents of trespass on farms and rural properties; and

the tactics of animal rights groups who trespass on farms were becoming more organised and more aggressive.

The facts of the case did not traverse the issue of whether media publishers, or any other third parties who receive the unlawful information (with or without knowledge of the unlawful manner in which it was obtained), would be caught by the decision.

Irrespective, the High Court ultimately determined (on Wednesday this week) that the relevant laws struck the right balance and found that a person who trespassed to obtain video recordings of animal cruelty could be forbidden from broadcasting that footage.

Justice Edelman (in the majority) held that:

there was no finding of any court that established the unlawfulness of any activity depicted in any of the video recordings obtained by Farm Transparency or Delforce;

‘no matter how worthy the ultimate goal might be, it is not open in a representative democracy … to deny the NSW Parliament the ability to sanction trespassers … in order to protect dignity, privacy, and security of property where the Parliament does so at the cost of only a small incursion upon freedom of political communication’; and

It is still an open question whether this decision will extend beyond NSW, however it should be noted that similar legislation in other states includes a public interest defence, whereas the NSW provisions do not.

Costs were also awarded against Farm Transparency and Delforce, which will not be insubstantial in circumstances where the Attorneys General of the Commonwealth, Queensland,

Serious questions need to be asked as to whether the ACNC should now be investigating the not-for-profit status of Farm Transparency, in circumstances where it has acknowledged that it, or parties associated with it, have repeatedly engaged in trespass and unlawful breaches of the NSW Surveillance Devices Act.

The ultimate question is whether the High Court’s decision will change the operation of animal rights groups, and the manner in which they conduct their campaigns. Given the track record of these groups, and the cavalier manner in which they treat the laws of this country, farmers should not be expecting any cessation of their covert activities any time in the near future.