Opinion: With steak and chips, you still need science

Neil Young once sang “Got mashed potatoes, ain’t got no T-bone”. It was one of the saddest songs I have ever heard, mostly because the song went for over nine minutes and those were the only lyrics.

STEAK. I love steak. T-bone, scotch fillet, rump, porterhouse. Yum. My wife and I love to come home from work, open a beer, throw a piece of beef on the barbie and put some fries in the oven. Make a salad and dinner is ready! And totally guilt free. Well, except for red meat, carbs and alcohol, cooked on a gas barbecue. Destroying our health and the planet all in one meal.

Ask anyone. They will tell you that every cow produces more greenhouse gasses (GHG) than a road train, and potatoes will kill you, especially when fried. There are many among us (in the cities at least) who have given up red meat as part of their environmental campaign, while driving everywhere in a diesel SUV and tumble drying the washing. 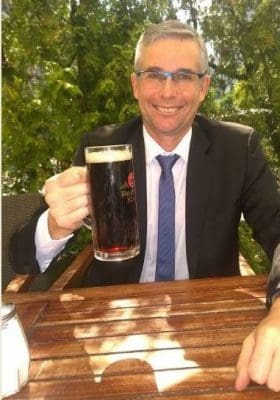 Agriculture is a major source of GHG, with all animal industries accounting for 11 per cent of Australia’s emissions. And those pesky cattle burps, full of methane, are a major component of that.

Nevertheless, the energy and transport sectors of the economy totally dwarf this, accounting for 74pc of our GHG emissions.

So while it can be said that more climate smart energy uses will have a bigger impact, there are improvements to be made in agriculture, especially the red meat section.

As always, the science is pretty complex once you get into it.

Scientists at UC Davis have shown that all livestock accounts for only around 4pc of US GHGs.

Scientists at CSIRO and universities have shown that GHGs from the red meat industries have halved since 2005, due to increased productivity and reductions in land clearing.

There are ongoing arguments all over the world that pastures and rangelands sequester significant amounts of carbon, and under many conditions are more effective than forests. “Listen to the scientists” is a little simplistic here.

I love potatoes too.

However, I could pretty much fill up the 500 words of this article with all the diseases potatoes suffer from. Early blight. Late blight. In-between blight*.

Potato crops remain one of the largest users of fungicides on the planet, yet there are GM potatoes available with resistance to these diseases.

In 2011 one of our supermarket chains released a “low GI” potato. They proudly marketed it as “Carisma – not developed by scientists”. They were obviously thinking about those scientists with lab coats injecting evil stuff like DNA into a potato.

Like any new variety, it was developed by plant breeders, pathologists, entomologists and agronomists, then food chemists and nutritionists determined it was “low GI”. Guess what. They are all scientists.

Another case of never let facts get in the way of a good story.

Author Professor Ian Godwin is the Director for Crop Science at University of Queensland, QAAFI

* There is no such thing as in-between blight.