Opinion: Investing in vaccine development and strategies to protect our industry 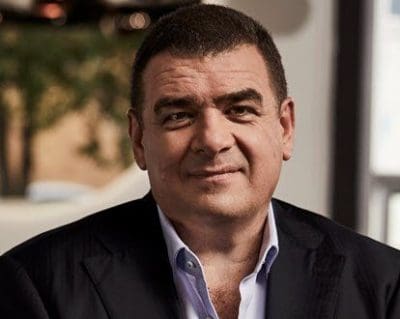 Foot and mouth disease (FMD) has always been on the radar of the Australian livestock industry.

This year that attention heightened with the confirmation of FMD and lumpy skin disease (LSD) in Indonesia, including the tourist hot spot of Bali.

The issue attracted national media coverage, hit the political spotlight, and put significant attention on our biosecurity system and preparedness.

At Meat & Livestock Australia, we have been working to communicate the issue to industry through a range of channels and partnerships, including a series of industry webinars over the last few months.

One of the common questions that has been asked at these webinars – and face-to-face with the MLA team – is about vaccinating our livestock for FMD. It’s a great question and I would like to outline the steps that MLA and the industry are taking.

First off, industry has been preparing for the risk of FMD for many years. Australia has been free of this disease for over a century and the scientific modelling shows it is highly likely that Australia will stay free of FMD.

In August the University of Melbourne’s Centre of Excellence for Biosecurity Risk Analysis modelled the current risk at an 11 percent chance of incursion, up slightly from 9pc where the risk has been static since 2021.

This increase is mostly associated with the diagnosis of FMD in Indonesia. However, even with this low level of risk, many people are asking the question: why are we not vaccinating livestock now?

There are two parts to the answer.

The first is that there is no reason to vaccinate animals in Australia in the absence of an outbreak. The second is that using vaccines poses a major risk for our export markets when it comes to the disease-free status of our country.

Australia is officially recognised as a country which is free from FMD without the use of vaccination, which is the most favourable status.
However, we have plans for accessing vaccinations quickly through a vaccine bank stored overseas.

If we need them, these vaccines can be supplied in bulk to Australia in 7–10 days. Even if there is an incursion, this does not mean that vaccination of all livestock is the best solution.

The decision to vaccinate animals in the event of an outbreak depends on several factors. These include the size of the outbreak, its location and the species that is affected. There would be other considerations too such as the logistical requirements of a vaccination programme, the likely spread of the disease and animal welfare considerations.

Guided by the AUSTVETPLAN, the decision on what approach to take in the event of an outbreak is made by the Consultative Committee on Emergency Animal Disease (CCEAD).

The CCEAD is a coordinating body providing the technical link between industry, the Australian Government, and state and territory governments for decision making during animal health emergencies.

In broad terms the response to an FMD outbreak will have multiple components including movement restrictions; stamping out through destruction disposal and decontamination; and, where appropriate, the strategic use of vaccines.

It is likely that any outbreak of FMD in Australia would be detected and controlled quickly and the use of vaccines for control of the disease would not be necessary.

We are also investing in cutting edge science to boost industry’s preparedness, having selected a vaccine for LSD as the first topic for research into mRNA vaccines. We are working with a range of research partners on this initiative.

The basic premise of an mRNA vaccine is that it uses a small piece of genetic material from the pathogen, the mRNA, to generate the response. This makes the vaccine quick to produce and does not have any possible chance of causing the disease itself.

It is important to note that a new vaccine would need to go through regulatory approvals. In the future, this may be able to expand to investments to do the same for FMD. The use of these vaccines in the event of an outbreak would be considered as part of the national strategic response, overseen by the federal government through the Department of Agriculture, Fisheries and Forestry.