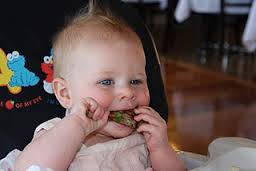 MANY toddlers are at risk of not getting enough iron in their diets, a Queensland University of Technology nutritionist has warned.

In a study led by QUT’s Institute of Health and Biomedical Innovation, researcher Rebecca Byrne found that iron deficiency anaemia remained an issue for some toddlers.

The finding builds a compelling case for greater promotion of red meat in a balanced toddler diet.

The research also found that 22 percent of toddlers analysed in the study consumed no meat at all. And among those that did, almost half ate less than 30 grams. Beef and lamb are considered valuable sources of dietary iron.

Over-consumption of infant formula and cow’s milk could lead to toddlers feeling full, and less likely to try new foods, the research suggested.

The study provided the first insight into the dietary habits of Australian toddlers.

Mrs Byrne said the toddler age could be characterised by what parents perceived as fussy eating and a fear of trying unfamiliar food.

“It’s sometimes a stressful time for parents but the key is to just relax,” she said. “Food refusal is normal and a poker face is needed.”

“It’s better for smaller, nutritional-based food to be offered at frequent intervals.

“It’s a new phase of childhood development when growth naturally slows and neophobia can kick in, so remain neutral and continue to offer new food.”

QUT’s school of exercise and nutrition sciences surveyed more than 550 children aged from 12 to 16 months and investigated their diets over a 24-hour period.

Dairy and cereal were the most commonly consumed food groups and the highest contributor to a child’s daily energy intake. Among other food groups: 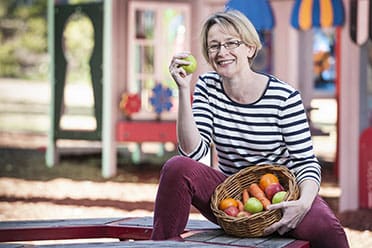 The results showed the quality of dietary intake of children was highly variable.

Mrs Byrne said 22pc of children consumed no meat and almost half of those that did ate less than 30 grams.

“Only 56pc consumed enough fruit, vegetables, cereals, meat and dairy in a 24 hour period, while 13pc only ate foods from three or fewer core food groups,” she said.

Toddlers had a more diverse diet when they decreased their formula or milk intake.

Mrs Byrne also warned that too much reliance on formula and milk led to toddlers feeling full and unlikely to try new foods.

“It’s important to follow a child’s hunger cues so they’re in touch with their bodies as it teaches them to feel hungry,” she said.

“Health professionals know little about which foods parents are offering and what children are actually eating at the critical one-to-two years of age.

“It’s an important developmental age when children make the transition from a milk-based diet in infancy to a mixed diet of family meals.”

The results also showed a quarter of children were still breastfed beyond 12 months of age.