The Northern Territory Cattlemen’s Association has announced the resignation of CEO Paul Burke this morning. 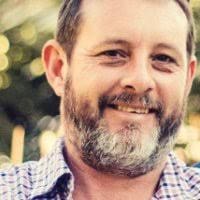 No reason was given for Mr Burke’s sudden departure.

Mr Burke has only been in the role for eight months, and was previously the manager of AgForce’s North Queensland regional office in Townsville.

This is a copy of the full statement released by NTCA this morning: Beef Central understands NTCA executive officer Tom Ryan has also resigned from his position with the association this week, but it is not clear if the two resignations are related.

An interim CEO is expected to be announced on Monday.

NT industry stakeholders contacted by Beef Central this morning said NTCA CEO Tracey Hayes who has been working with the NTCA in a part-time contract capacity since stepping down from the position last year is a likely contender to take over as interim CEO.

Attempts to contact NTCA board members were not successful today. NTCA staff said they were unable to comment and more announcements were expected on Monday.