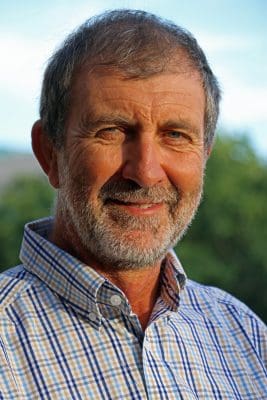 CATTLE Council of Australia has this morning confirmed the election of NSW producer Tony Hegarty as its new president, as incumbent president Howard Smith completed his four-year term at the peak industry council’s AGM in Canberra today.

Mr Hegarty, who farms at Cassilis in NSW, has served as a Cattle Council board director for five years and has been vice president since 2014. He is also a National Farmers’ Federation board director and a member of NSW Farmers’ Cattle Committee.

“With Tony’s election today as president, we are embarking on a new chapter in beef industry representation,” she said.

“And thanks to Howard’s leadership in the past four years, we are very well placed to serve producers in ensuring our day-to-day work and our over-arching advocacy structure delivers for our members and the beef industry more broadly.

Mr Hegarty said he was committed to continuing Mr Smith’s legacy of transparent, accountable leadership and strong industry-level engagement with other stakeholders in the red meat sector.

“Producers must be able to speak with a strong, united voice through Cattle Council and we must be outcomes-focused in our strategy,” he said.

“But our advocacy work can be even more compelling when we align with other players in the red meat supply chain to promote our shared objectives.

“The development of a direct election model for Cattle Council, which was presented in draft at today’s AGM, will make representation from the ground-up even stronger.

Grassroots producer representation, combined with the existing industry structures via the Red Meat Advisory Council and the NFF, means producers will continue to be part of a robust national advocacy network.

“That strong national network will be crucial as we continue to prosecute key industry priorities like market access, biosecurity, traceability and animal welfare.”

Also as part of today’s AGM, two new Victorian representatives were elected to the Cattle Council board, with Olivia Lawson endorsed as Independent Director (Southern) and Peter Star as the VFF’s delegate. AgForce nomination Lloyd Hick’s election was confirmed, while fellow Queenslander David Hill was unopposed in his re-election as Independent Director (Northern).

Incoming CCA vice-president Markus Rathsmann served on the CCA board for the last two years.

Mr Rathsmann, who operates Mt Ringwood Station, about 130km south of Darwin in the Adelaide River district, has also been a former buffalo catcher.

“I think my election to this executive position will put Northern Australian beef industry issues at the forefront of discussion,” Mr Rathsmann said.

“Those issues include live exports and the challenges being presented with its ongoing social license. We have a good story to tell and we need to start telling it better.”