NSW Farmers is urging other industry groups to formalise their positions on the Red Meat MoU review so there is clarity about where organisations stand. 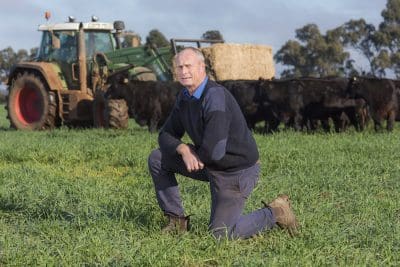 The review which has the potential to lead to a major restructure of all red meat industry representative and levy funded organisations, has been underway for over a year.

Almost a year later there is still little public indication as to where many of the groups that would be affected by the restructure stand.

Discussions involving representatives of read meat sector groups and research development corporations have been progressing behind closed doors, and are said to have been slowed down by the restrictions around COVID-19, but are still underway.

One of the few industry groups that has publicly declared where it stands on the Red Meat MOU review process is NSW Farmers, which surveyed its members on the issue late last year.

After collecting their feedback, NSW Farmers has stated it would support a red meat industry structure that is underpinned by 13 key principles (detailed at bottom of article).

Member feedback suggested most farmers believe the current system is working well, but could be improved.

Most favoured a red meat industry structure that is “simple, understandable and promotes producer engagement”, with strong support for the current livestock levy system continuing and for each commodity to retain autonomy over its decision-making.

They also want the Meat & Livestock Australia brand to be preserved, seeing it as valued and carrying a strong reputation in overseas markets.

Finding new ways to improve the resourcing of industry advocacy organisations remains an identified priority, along with greater emphasis on investing on extension delivery to ensure research translate to on-farm adoption.

“There are ways to get a restructure with out having a restructure, such as through shared services and sharing policy staff in similar areas for example.

“There are a lot of areas where they can work together and enhance the bang for their buck.”

NSW Farmers is also urging other industry organisations to formalise their positions on the MoU review.

“We also urge all the other industry groups to get involved in the MOU and to ensure they have their voices heard,” Mr Schoen told Beef Central.

“That is why we conducted a survey of our members to get an accurate indication of how they felt about red meat industry representation.

“There are a lot of people who are crucial of red meat representation, but it is easy to throw stones rather than be constructive.

“We believe that overall the system works not too bad, but it does need some tweaking around the edges, and it is important that grassroots members feel they have been listened to and are part of the policy development, that is vitally important.”

NSW Farmers has also called for the MoU review process to be delayed in light of the disruptions caused by COVID-19.

“We would urge them to extend the consultation period to try to drag more people into the process and ensure that industry has its voice heard and the grassroots do not feel left out,” he said.

NSW Farmers support a red meat industry structure that is underpinned
by the following principles:

•         The red meat industry structure must be simple, understandable and promote producer engagement;
•         The red meat industry must use levy funds effectively and efficiently;
•         Levy payers must be able to provide input into the allocation of levy funds in an easy and accessible way;
•         The red-meat levies raised on sheep, goats and cattle must not be abolished;
•         Producers, exporters and processors need to work more collaboratively to achieve mutual benefits;
•         Each red-meat commodity must have the ability to make decisions on issues that affect them specifically;
•         Industry advocacy needs to be able to address future threats and opportunities in a timely and dynamic manner;
•         Industry needs to be proactive and display thought-leadership on emerging issues;
•         Industry advocacy organisations need to be well-resourced and well-funded with consideration given to all available avenues of finance;
•         The red meat RDC needs to place a greater emphasis on investing on extension delivery to ensure research translate to on-farm adoption;
•         Levy funded marketing and research activities need to be conducted by the same entity;
•         Meat and Livestock Australia (MLA) has a respected reputation in overseas markets and must be retained;
•         There must be a single entity, funded by levies, to accommodate all red-meat food safety and integrity programs