STATE farm body NSW Farmers has voiced its opposition to the registration of a new beta agonist drug for use in the Australian beef feedlot sector, on the grounds of the potential trade risk it poses to our meat exports.

The Australian Pesticides and Veterinary Medicines Association (APVMA) is currently considering the approval of Zilmax, a growth promoting drug which uses the beta agonist zilpaterol as its active ingredient. 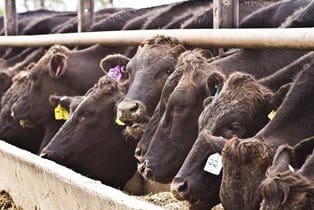 The APVMA has extended the current public comment period over the Zilmax registration. Originally due to close yesterday, submissions are now open until 23 June. Beef Central will provide a report once the comment period has closed.

In a statement, NSW Farmers cattle committee chair Derek Schoen said drugs like zilpaterol were banned in major beef export destinations like China, Taiwan and the EU because of human health concerns associated with beta agonists.

“Why does NSW Farmers oppose the use of beta agonists in Australian cattle? Some of our key trade markets have a zero tolerance to beta agonists, so approving their use is an unacceptable risk to Australia’s meat export industry,” Mr Schoen said.

“The registration of Zilmax here could lead to a ban on Australian meat exports to some countries. Last year, China banned all Canadian meat exports for five months because a beta agonist was detected in pork imported from Canada.”

“Australia’s so called ‘clean and green’ status would also be tarnished if Zilmax were to be approved. Our reputation for producing clean and safe food is valued both at home and abroad, so we need to be careful to maintain it.”

Mr Schoen said that NSW Farmers had advocated firmly against the approval of Zilmax, and that anyone opposed to the registration should make their opposition known.

“NSW Farmers has advocated alongside Cattle Council of Australia and the Australian Meat Industry Council to oppose the registration, and has engaged heavily with the APVMA’s public consultation on the matter.”

“We represent the majority view of the red meat supply chain in opposing the registration.”

“We are not disputing the science supporting the potential benefit of Zilmax to feedlot efficiency, but the drug’s use is not worth the trade risk it presents.”

“Australian beef exports were worth almost $10.5 billion in 2019 alone. If we want Australian agriculture to become a $100 billion sector by 2030, we cannot jeopardise the profitability of one of its main contributing industries.”