Queensland gulf grazier and Burke Shire Council mayor Ernie Camp says he will donate the proceeds of a pen of 12 Brahman cross cows he is selling at the Charters Towers sale this Wednesday to help fund the creation of a new cattle representative organisation. 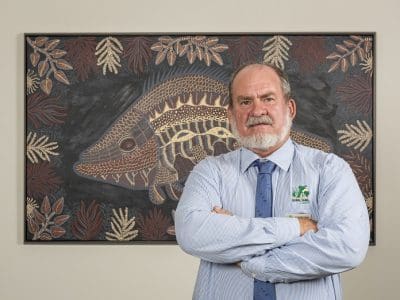 Several members of the implementation committee formed to oversee the grassfed cattle industry restructure process by former agriculture minister Barnaby Joyce say they are pressing ahead with the creation of the new Cattle Producers Australia group, despite the decision by peak industry body Cattle Council of Australia to withdraw from the process in January.

Several industry groups including Cattle Council of Australia had agreed on a structure for a new national grassfed cattle representative body with a board of directly elected producer representatives from around Australia, in the wake of senate inquiries in which producers called for structural change, and which recommended the formation of new industry bodies to oversee industry levies.

CCA withdrew from the process in January citing concerns about the lack of progress toward creating the new body and a workable funding plan, but the other non-CCA members of the committee say they are progressing with the creation of the new organisation.

The members of the implementation committee say they are now on the cusp of launching a membership drive for Cattle Producers Australia, which they say will be a democratically elected advocacy organisation to represent all grass-fed levy payers across Australia.

Mr Camp, whois also the president of the Australian Beef Association, said he believes the new organisation is needed and is donating 12 cows to help fund its creation.

“As a producer who made a submission and spoke at a (senate) hearing, I was pleased with and relieved by the Senate recommendations,” he said in a statement issued today.

“As a producer, I have long been frustrated and unhappy with the almost non-existent ability I have to determine how, and to whom, my levies are allocated and the lack of transparency around not only the funding trail but also outcomes of that expenditure. I am also frustrated by the lack of automatic voting entitlements. The current system is essentially a form of taxation without effective representation.

“I am keen to see a new body created, not a revamped model which I fear, could retain the same underlying motivations and philosophies that currently exist.

“I want to know I am, along with my fellow producers, in charge of my industry’s destiny and am able to influence the direction our industry (and advocacy on its behalf) is heading.

“This is why I am donating the pen – to help nurture this new organisation in the belief that it will, in turn, nurture and grow my industry, reinvigorate faith in my industry with my fellow producers and the public and advocate unceasingly on our behalf. My industry, myself and my children, the future of my industry, need and deserve nothing less.”