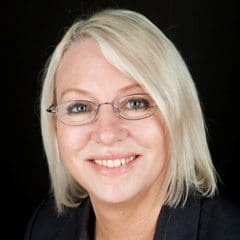 Queensland has a new State Agriculture Minister after the resignation of embattled Police Minister Jo-Ann Miller prompted a Cabinet Reshuffle by Premier Annastacia Palaszczuk on Monday.

Former agriculture minister Bill Byrne has moved across to the Police and Corrective Services Portfolio, which has seen Parliamentary newcomer Leanne Donaldson, the member for Bundaberg, promoted to the agriculture ministry.

Mrs Donaldson is a human services consultant, child safety advocate and working mum with 20 years of experience in the private and Government sectors.

She was elected to Parliament in the January State elections this year.

Premier Annastacia Palaszczuk said that promoting Mrs Donaldson to the agriculture portfolio allowed her to add another regional voice to Cabinet.

She said the Cabinet now includes 53% female representation, “making Queensland the most progressive Government in Australia”.

LNP agriculture spokesperson Deb Frecklington said “no tears would be shed in the bush” over Bill Byrne’s departure from the Agriculture portfolio, describing him as a ‘do-nothing’ Minister.

“Be it commercial fishers and our local seafood industry, pest and vegetation management, and most recently on the key issue of sugar marketing, he was never on the side of primary producers.

“The only tangible thing he managed to achieve was divide our fishing sectors by pig-headedly ignoring advice from fisheries managers to rush through his net-free zones, two of which came totally out of the blue, including Fitzroy which no one wanted, not even the main local charter operator.

“His belated confession that the policy wasn’t based on any scientific data was a disgraceful admission for a Minister responsible for our $260 million a year commercial fishing industry.”

Agriculture was one of the key pillars of the State’s economy and she said Leanne Donaldson’s credentials for managing the key sector “looked thin”.

“Ms Donaldson says she speaks to farmers and horticulturalists and apparently that qualifies her to be a Minister,” she said.

“I guess that’s better than Bill Byrne who refused to meet with stakeholders and their peak groups on key policy issues.

“We’ll have to wait and see, but it’s hardly a dynamic change for the better.”

Minister for Transport and the Commonwealth Games- Stirling Hinchliffe MP

Minister for Innovation, Science and the Digital Economy and Minister for Small Business- Leeanne Enoch MP