CELEBRATING today as the United Nations’ International Day of Rural Women, the AgriFutures Rural Women’s Award has launched a new book celebrating the contribution of the award through the lens of women who have been a part of its 21-year history.

The theme of the book is celebrating 21 years with the same question posed to all the participants: “What advice would you give your 21-year-old self?” 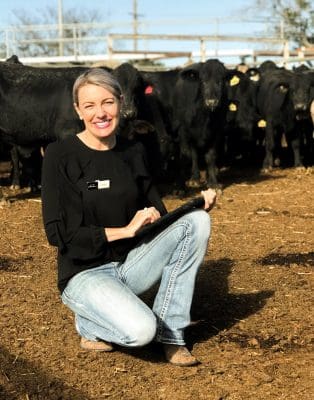 The book provides an opportunity for the award’s Alumni to empower and inspire each other, and the next generation of women in agriculture.

The AgriFutures Rural Women’s Award acknowledges and supports the essential role women play in rural industries, businesses, and communities, particularly for those people living in regional and rural communities. The award provides a platform to inspire and support Australian women to use and develop their skills to benefit their industries and communities.

The award has seen more than 300 exceptional women from rural communities and industries share their challenges and solutions to many rural issues.

Some of the beef industry identities featured in the book include:

AgriFutures Australia board chair, Kay Hull, said the book highlighted the inspirational women who have participated in the award since its inception.

“For years, the aim of the program is to amplify the impactful voice of all our State/Territory Winners by giving them a platform to share their message and help unlock the potential of all rural women. This book is a wonderful record of the impressive Rural Women’s Award Alumni,” Mrs Hull said.

“This book shines a light into the deeply personal stories of many women. These journeys are as diverse as the women telling them. They speak of social change, of triumph and tragedy, of ingenuity, resilience, bravery and determination. And there’s no better day to launch such a powerful collection of stories than on the International Day of Rural Women where we celebrate the role of rural women globally.”