National electronic ID system for all species under consideration

PROPOSALS to implement and fund the electronic or digital individual identification of all livestock across Australia, including sheep and goats, are being considered by peak bodies and state farming organisations. 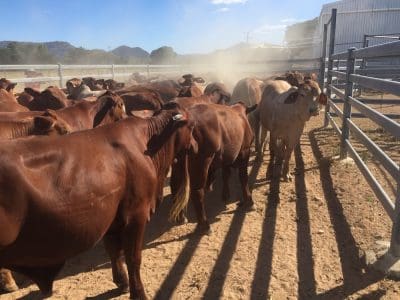 An information package with draft recommendations was distributed to peak industry association members of SAFEMEAT on 8 November 2019 to assist with consultation with members and committees.

The feedback from this consultation will assist SAFEMEAT to finalise its recommendations to the National Biosecurity Committee for consideration in early 2020.

Broader consultation with individual livestock producers is unlikely to occur before the NBC considers the SAFEMEAT recommendations.

The draft recommendations being circulated by SAFEMEAT include:

– introducing national mandated electronic/digital identification of all livestock species and,

– sharing the cost of establishing these recommendations between all levels of government and industry.

Electronic identification of cattle is currently compulsory nationally, but only Victoria has mandated EID for sheep and goats within the National Livestock Identification System, with other states relying on mob-based visual tag traceback and paper-based National Vendor Declarations.

SAFEMEAT said the draft recommendations for discussion have been largely informed by the outcomes of legislative and species comparative analysis work undertaken by the Commonwealth and SAFEMEAT, she said.

“As a result, a wide variety of reform options that will seek to deliver enhanced biosecurity and traceability outcomes for livestock industries, jurisdictions and the Commonwealth government are being considered.”

SAFEMEAT Advisory Group chairman Andrew Henderson said the analysis behind the recommendations has sought to understand the differences in legislative frameworks between states and whether they constitute a biosecurity risk.

“Those analyses have essentially told us that our traceability system has done an exceedingly good job to date, but that in order to make our system fit-for-purpose for the future, we are going to need to make some changes and improvements.

“These recommendations that we‘ve got before us would constitute some fairly significant change and on that basis it is deemed appropriate that the peak industry councils go back down through their state farming organisation networks,” he said.

Mr Henderson said Victoria’s experience in mandating sheep and goat electronic identification is also being used to inform how a national EID system could be implemented.

Mr Henderson said the SAFEMEAT is looking to provide its final recommendations to the first 2020 meeting of the National Biosecurity Committee, hopefully at the end of the first quarter.

“But it is as an ongoing process from there; just because we provide our recommendations doesn’t mean that is the end of it and it is all going to happen.”

Mr Henderson said there would have to be an opportunity for individual livestock producer feedback on the recommendations.

“At the moment, we have been utilising the SAFEMEAT framework, but the recommendations we put forward will have the caveat on them that they have been put forward through SAFEMEAT to the degree to which its members are representative of their respective industries.

“This is effectively noting that down through the framework not every single sheep, goat and cattle producer and live exporter is represented by that SAFEMEAT framework,” he said.

“For example, if the National Biosecurity Committee were to accept those recommendations and send them up the line, there would have to be a broader consultation process in order to give everybody a chance to have their say on this.

“Ultimately, given the significance of these recommendations, there would need to be decisions made by AgMin (Australia’s Agriculture Ministers’ Forum).”

Mr Henderson said the task now is to be as comprehensive as possible in designing the recommendations to offer solutions.

“If we do our job properly and these recommendations do get picked up by the National Biosecurity Committee, they will be good enough such that they shouldn’t require too much more change.

“One of the key things that I have been at pains to explain is that no-one is getting out of bed trying to add extra cost impost onto producers or additional regulation,” he said.

“We have been trying to make sure that this system remains at the cutting edge to do what it needs to do for us into the future,” he said.

“This is a golden, almost once-in-a-generation, opportunity for us to try to address some of these long-standing issues.”

Mr Henderson said a key aspect of the current draft recommendations is that they are inter-dependent.

“There is no one part of them that is the silver bullet that is going to do the job for us – each one relies on the other.”

In May 2018, the National Biosecurity Committee tasked SAFEMEAT, through the Jurisdictional Traceability Group (JTG) with developing a range of reform recommendations to enhance the existing national livestock traceability system.

Mr Henderson said since then, the SAFEMEAT Jurisdictional Traceability Group (JTG) has worked closely and constructively with the broader SAFEMEAT industry stakeholder group, including state and Commonwealth governments, to develop a draft set of reform recommendations.

“The process to date has sought to identify opportunities to improve the NLIS to enhance livestock traceability and ensure Australia’s integrity systems continue to be world leading.”

Victorian Farmers Federation Livestock Group president Leonard Vallance said the SAFEMEAT JTG draft recommendations will be considered by the VFF this week, but he believed there would need to be wider consultation on the proposals.

“I think there needs to be wider consultation on everything.

“The connectivity between the man in the paddock and the national agenda is not terribly good sometimes.”

The National Biosecurity Committee (NBC) is formally established under the Intergovernmental Agreement on Biosecurity (IGAB). The IGAB was signed on 13 January, with a revised IGAB (IGAB2) coming into effect in January 2019. The Commonwealth and all states and territories are signatories to the IGAB2, which was developed in response to the recommendations of the 2017 Priorities for Australia’s biosecurity system report.